Lunar New Year, or Chinese New Year, is celebrated by millions of people across the world. It is the beginning of the new year as marked by the cycles of the moon, meaning that the holidays and dates can vary slightly. This year, it is on February 12th and is the first day of the Year of Ox!

To help celebrate this new year, we want to highlight some of the historic places and wonderful businesses in Chinatown! 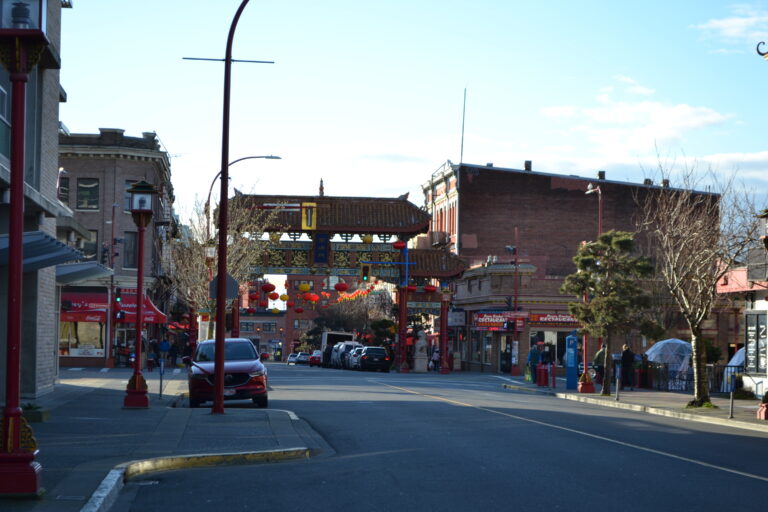 Victoria’s Chinatown is the oldest in Canada and the entry point for thousands of immigrants coming from China, dating back to the 1800s. Between 1848 and 1852, up to 25,000 immigrants came through Victoria for the Gold Rush. By the Spring of 1860, the Chinese population on Vancouver Island was 1,577 and would grow to 3,435 people in Metropolitan Victoria by 1941.

Many organizations and businesses opened to support immigrants coming to Canada, to protect their rights, and to combat racism from White Settlers, such as the Chinese Consolidated Benevolent Association which began in 1884.

Chinatown had several opium shops and manufacturers, especially after the United States prohibited its sale in 1880. It also hosted gambling dens, for games like Fan Tan and mahjong, in its many narrow alleys.

From 1979 to 1986, Chinatown underwent a revitalization and beautification process. In December 1995, Chinatown was designated a National Historic District.

For more information about the history of Chinese immigration to Victoria and Canada, as well as Chinatown itself, check out the website made by the University of Victoria Libraries.

The Gate of Harmonious Interest was built in 1981 as part of a revitalization project by the City of Victoria and the Chinese Consolidated Benevolent Association. They stand on Fisgard Street at Government Street and bear two inscriptions: “To work together with one heart” and “To help each other achieve harmony”.

The two hand-carved stone lions that stand guard at either side of the gate were gifts from Victoria’s Twin City, Suzhou of the People’s Republic of China. Each of the outer red pillars holds a time capsule, which are set to be opened in 2081 and 2096. The names of sixty-one Chinese Canadians who fought and died for Canada in World War II are engraved on a plaque, commemorating their service and sacrifice. 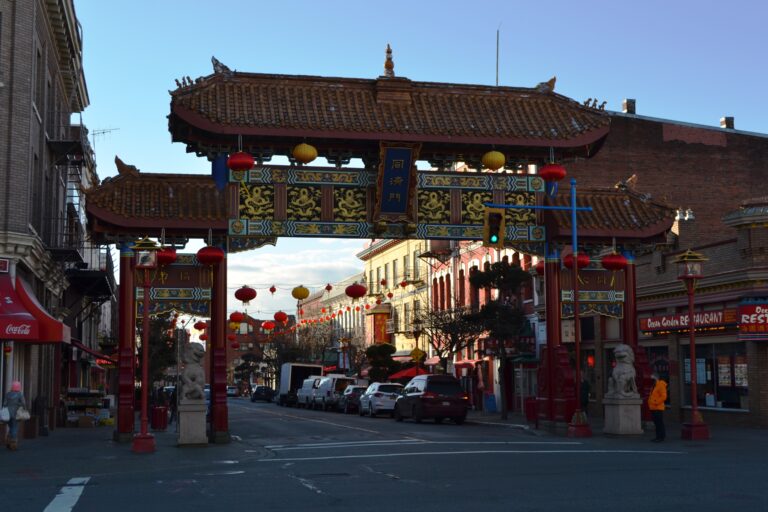 Fan Tan Alley is the narrowest street in Canada, with a width that varies from three to six feet, and runs between Fisgard Street and Pandora Avenue.  It is named after a gambling game, which was popular in the 1940s. It was played with buttons or beads and a brass cup, and players would bet on how many buttons would be left after the dealer removed all multiples of four.

Between 1885 and 1920, Chinese and Western landowners constructed the buildings fronting on Fisgard and Cormorant (now Pandora). As time went on, the spaces behind these buildings were filled in. It was a popular place for opium factories, until 1908 when opium was made illegal in Canada. Gambling clubs took the place of the opium factories and operated until they began losing popularity in the 1950s and 1960s. Since gambling was illegal and police raids were common, many buildings had secret escape routes and wooden doors sealed the ends of the alley with watchmen.

In the late 1970s and 1980s, the revitalization of Chinatown took place. During this time, historical geographer David Chuenyan Lai recommended that the city offer low rent in the alley to emerging artists in exchange for their labour in helping to renovate the premises. Since then, Fan Tan Alley has hosted small businesses and artistic entrepreneurs.

In January 1908, the Victoria School Board ruled that children born in China would not be allowed to attend public schools in Victoria because they could not understand English. The Chinese Consolidated Benevolent Association then decided to build a school on Fisgard Street to support the education of these children denied public education. It was opened on August 7, 1909, and called the Daqing Qiaomin Gongli Xuetang (Great Qing Overseas Chinese Public School), or the Chinese Imperial School in English. After the fall of the Manchu government in 1912, the school was renamed the Chinese Public School (Hauqiao Gongli Xuexiao). 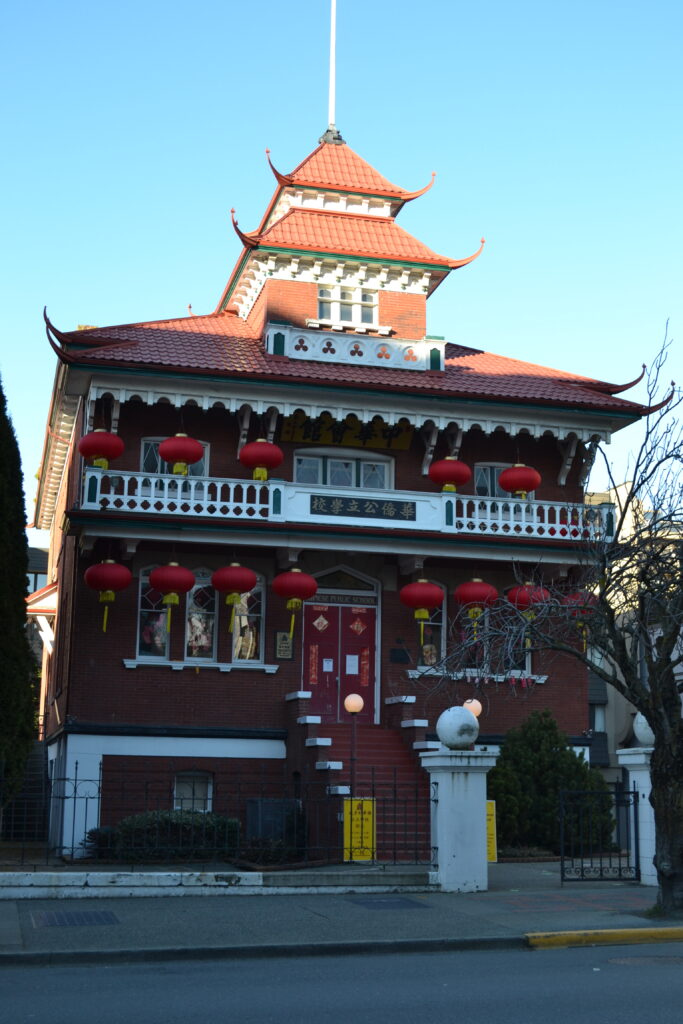 Fan Tan Cafe is located on Fisgard Street at the entrance to Fan Tan Alley. They have a delightful selection of dishes, like fried rice, won ton soup, and egg foo young, including mild and spicy options! You can order online through their website. 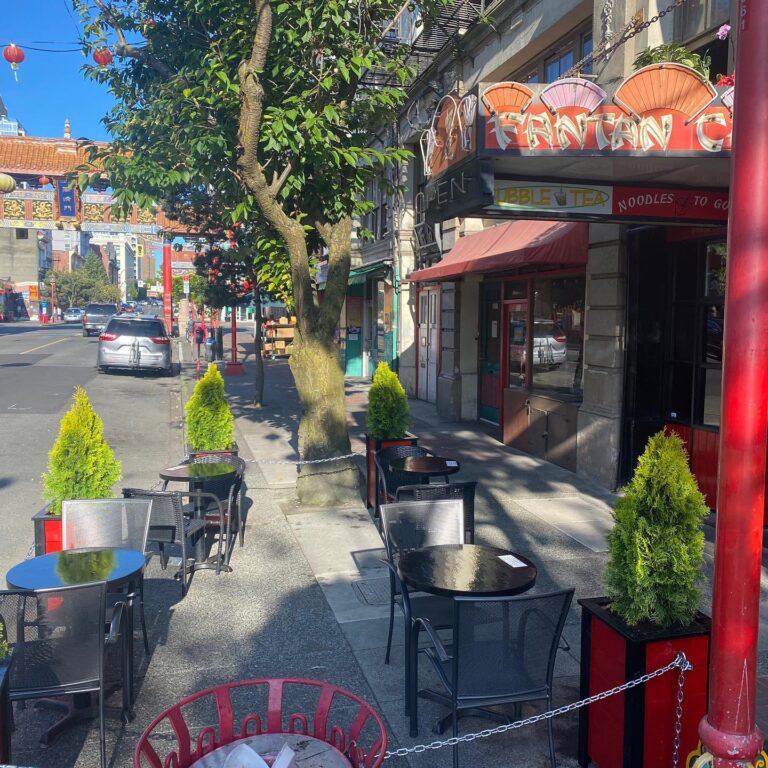 Quonley’s Gifts and Grocery, on the corner of Fisgard and Government Streets, is a treasure trove of books, toys, food, and so much more! You don’t know what you might find, so what are you waiting for? 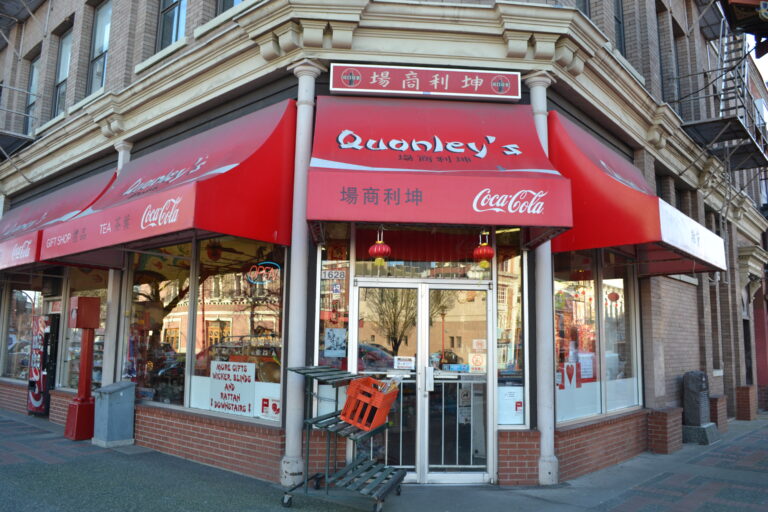 K & A Chinese Herbs is located on Fisgard Street, just up the block from the Gate of Harmonious Interest. They sell traditional herbs and remedies for health and wellness and would love to help you find what you’re looking for! 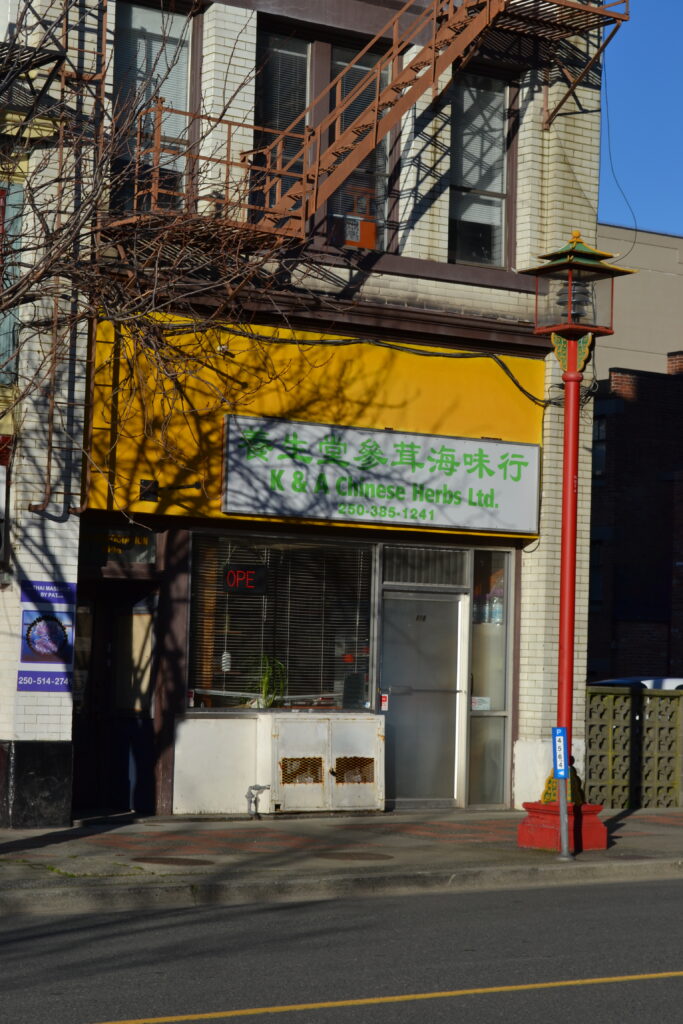 Loy Sing is the oldest Chinese business in Victoria’s Chinatown and in North America. It has been open for over 130 years, serving and preparing Chinese delicacies. They serve specialty meats, including fresh roast pig, in the styles of preparation that are important for Chinese culture. Check out the interview with the owners on our blog! 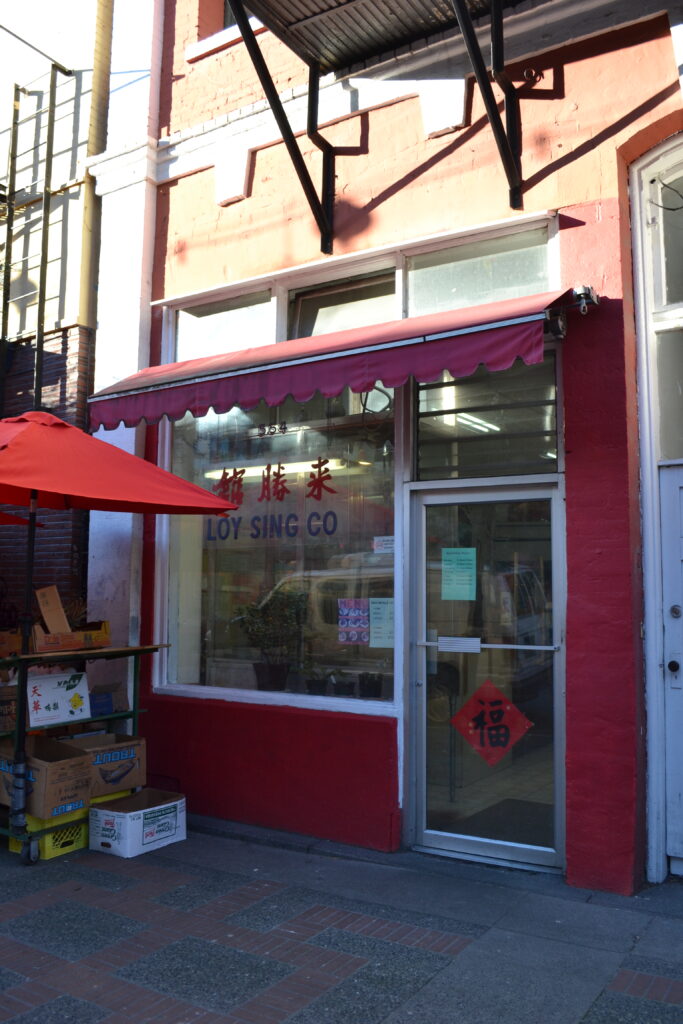 Don Mee Seafood Restaurant has been serving delicious dim sum for over 80 years! Whether you are looking for a fabulous lunch or want to celebrate a special occasion, this is the place to go! They also offer takeout and delivery. 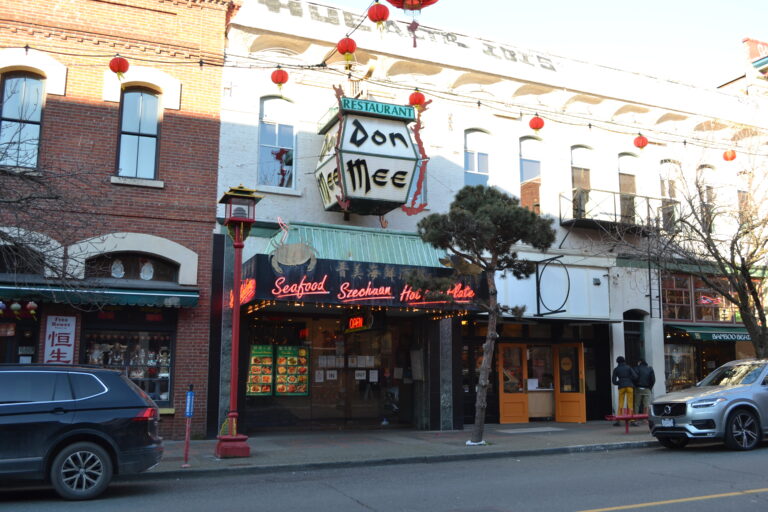 Many of these businesses don’t have an online or social media presence, so a trip to Chinatown is the best way to see all the wonderful things they have to offer!

Have a wonderful Lunar New Year and remember to support local downtown businesses in Chinatown when you make your plans to celebrate!