Talking Shop is a project to tell the stories of the local owners and entrepreneurs behind your favourite shopfronts, especially as we battle through these difficult times. On the Talking Shop blog, you can find conversations with local small business owners and leaders and news from the industry. The aim of Talking Shop is to create a community of #supportlocal advocates.

In May, Talking Shop posted the article, “In Conversation with Lili//The Dancing Lily”. Lili, owner of The Dancing Lily on Johnson St, talks about the highs and lows of owning a business during the pandemic. Scroll on for a few excerpts from the article or read the whole thing on Talking Shop’s website! 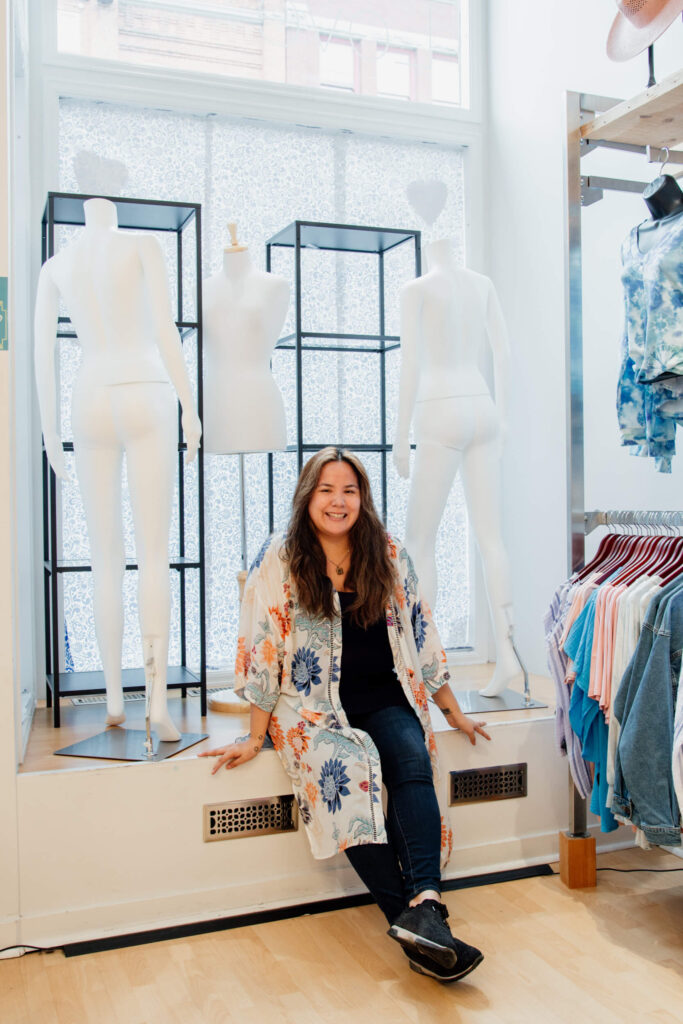 What is Dancing Lily? Tell us a little about your store name.

My mother, Pam Butterfield, owned a boutique in Powell River, B.C., called Dancing Lily. I grew up dancing ballet, jazz, tap, and hip hop. Inspired by English fairy stories and me, her dancing Lili, my mom named her shop after a fairy she created. When we moved to Victoria in 2001, she closed her shop. After we moved, I frequently suggested that we reopen. In 2016, I decided to open The Dancing Lily (The DL) in Victoria. My mom is my hero and watching her as an entrepreneur is the reason I had the confidence to open my own business.

The Dancing Lily might have been named after me in the beginning, but I wouldn’t have been able to dance in the first place without my mom’s businesses. She is the best teacher I’ve ever had and she’s the reason I am who I am. I think the store’s name is a love story between a mother and her daughter. (Keep reading.) 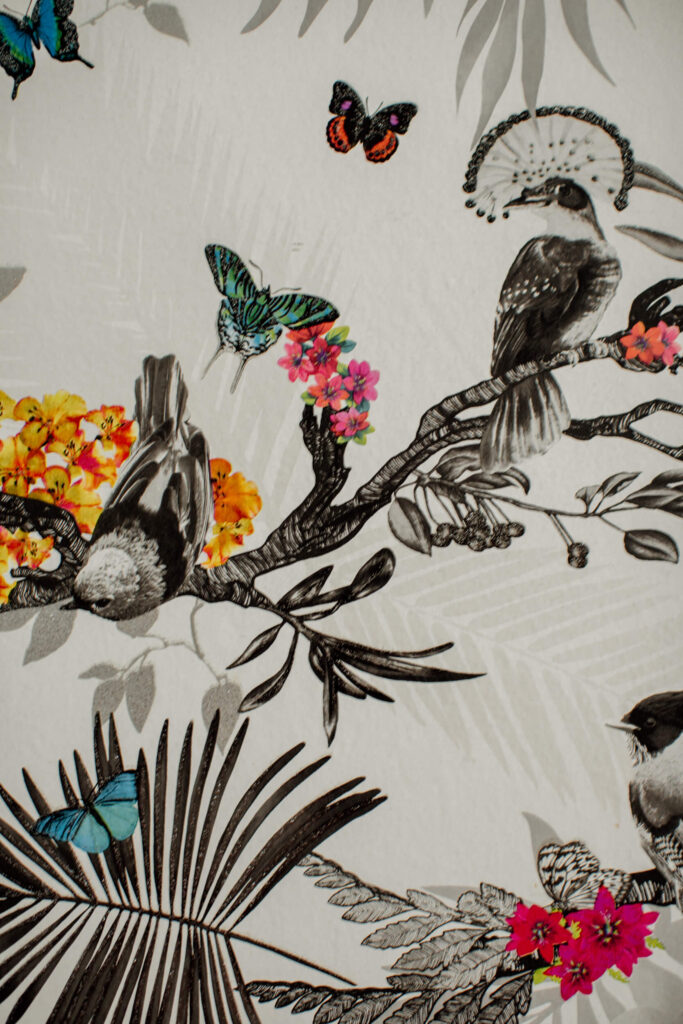 If you had to describe your shop to someone who hasn’t seen it, how would you describe it?

The Dancing Lily is inspired by West Coast fashion and boutiques. When my mom and I were designing the interior, we were influenced by shops we knew in California, Hawaii, Vancouver, and Victoria. Our clothing comes from all over the world and the shop itself is very bright, cheery and full of love. Our motto is “Love, Kindness and Happy Living.” Our fashions are stylish, trendy and comfortable. We want everyone to be able to shop at The Dancing Lily so we bring in clothes that inspire all adults. (Keep reading.) 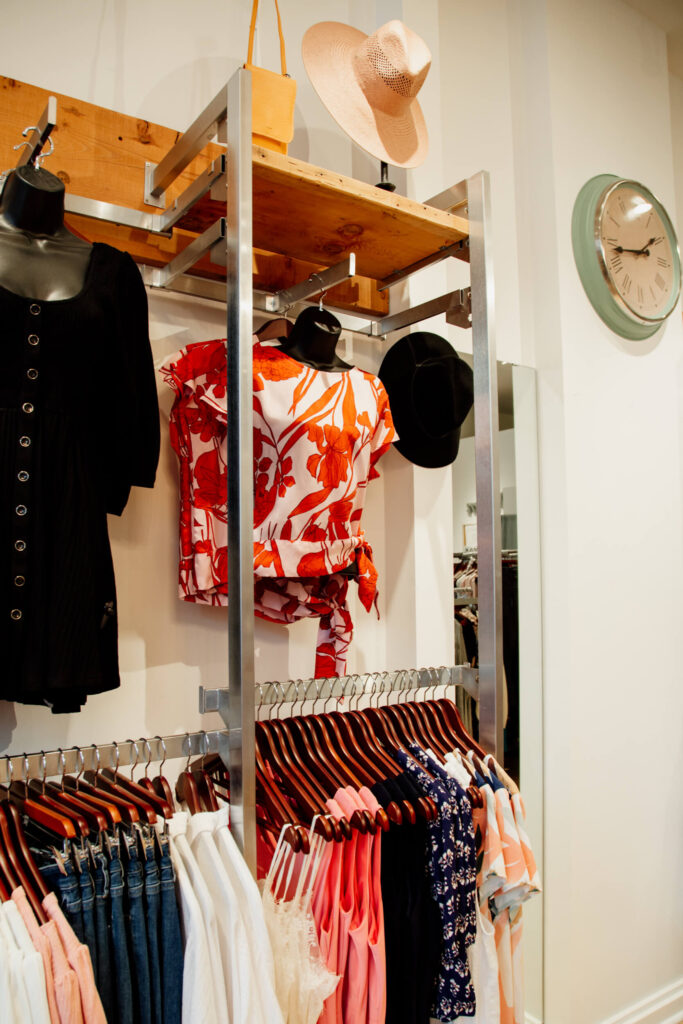 Where do you find inspiration? Who or what inspires you?

My entire family inspires me. I was lucky to be a Butterfield. I was adopted by Pam and Alf as a baby and grew up surrounded by entrepreneurs and creators. I always knew I wanted to own a business and be my own boss because of my parents, Uncle David, Aunt Norma and cousin Stewart. My cousin Stewart co-founded Flickr and is now CEO of Slack. His stories about the creation of these two amazing companies are motivating.

I’m stimulated by my friends and other business owners. Victoria is full of amazing people. I remember being yelled at (in a club) by my friend Kyla saying, “I’m opening up a business — do you want to come?” I said yes, but had no idea what I said yes to until I showed up at a little Lower Johnson (LoJo) boutique where Kyla had rented space — now we have Foxy Box.

Always say yes to your friends when they open up a business. Support them from the beginning because you will give them strength during the hard times and you will make amazing friends.

From Kyla at Foxy Box, I was able to meet Khloe who owns Amelia Lee and Laurie who owns Lacquer Lounge Nail Bar. These are kick-ass Victoria women who own their businesses.

When I was working at Rainbird Boutique with Kelsie Tougas, I was introduced to Patrick from Citizen, and when I opened up The DL we became neighbours. I ask him for advice and run to him if I need help. Watching and learning from Patrick has been a great gift to me and my shop.

I’m lucky to work on Lower Johnson projects with Shellie from Il Terrazzo, Tara from Baggins, Alison from Downtown Victoria Business Association, and Janet and Melanie from Market Square.  LoJo in its entirety comes together when planning for community projects.

Across the street from The DL is Still Life, opened in 1984 and run by Kim and Matt. Up the street is Baggins which opened in 1969. Around the corner, we have Hughes which opened up in 1985, and Kaboodles that just celebrated 30 years. There are so many success stories from our neighbourhood and they truly keep me going.

I’m inspired by Victoria, the people in it and my family. We live in a beautiful city full of wonderful folks. (Keep reading.)

“Celebrate all the good things as they come. There will be so many fun milestones.”