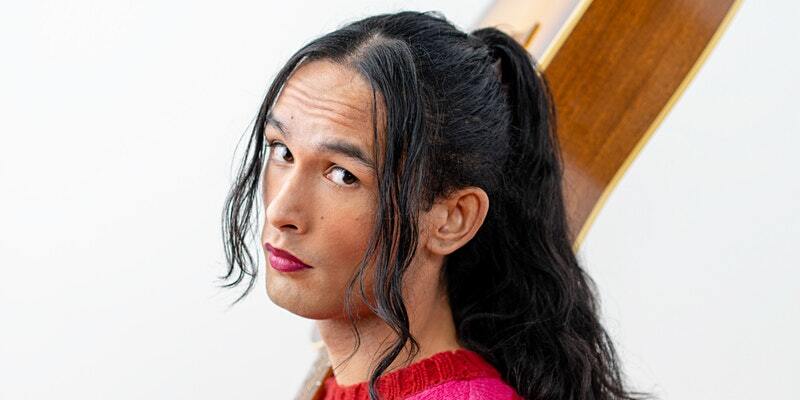 In “Zach (she/her)” Tommi, a displaced, adopted trans girl with a chip on one shoulder and a guitar on the other, hops a greyhound bus from Calgary to Vancouver in search of her birth parents and spends the seventeen hour trip next to an old woman named Zach, who seems to know more about where Tommi comes from than she does.

As Zach and Tommi fly down a highway full of twists and turns, they return to the question  “Who are we if we don’t know where we come from?” and sing songs that wake their Ancestors, and the pavement beneath them, turning their unexpected friendship into a playlist for the road trip home. Full of biting but heartfelt humour, and music that could raise the dead, “Zach (she/her)” is a musical adventure that takes the audience on a journey of self discovery.