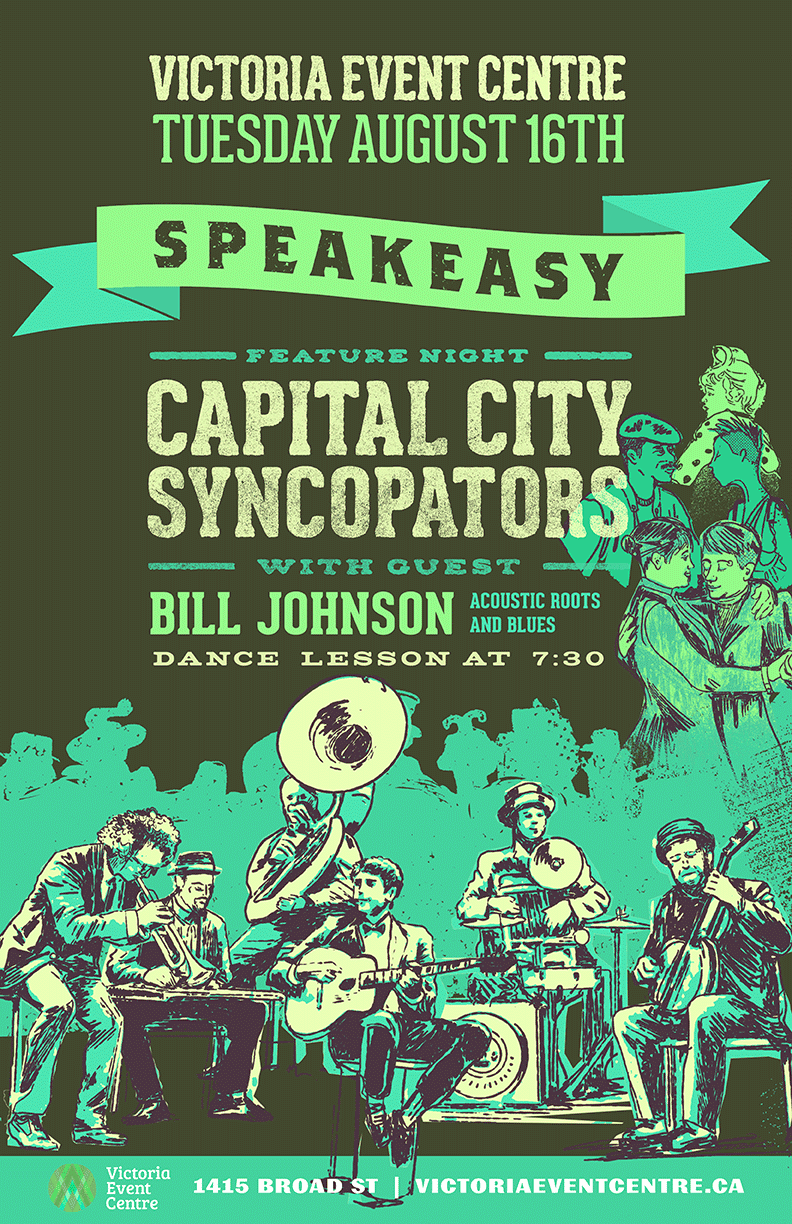 Join us every Tuesday at the VEC for swing jazz and cocktail culture in a vintage, prohibition era setting.

Bill Johnson has been playing blues for 40 years. A master guitarist, musician, and vocalist, Bill has developed his own brand of laid-back, soul-thumping blues while living on Vancouver Island. Whether on his own, or performing with his band, his unique style and beautiful tone reveal a rare passion for the blues. A Juno nomination in 2012, and four Maple Blues award nominations have earned him a place among the countries best blues artists. From a slow burn to a blast of blues energy, his show is not to be missed. With every new town and performance comes many new amazed fans, as he works his way coast to coast.

Crossing more boundaries than a rumrunner, The Capital City Syncopators is Victoria’s finest prohibition-era dance band. A delicious stew of trad jazz, western swing and 80’s favourites, this eccentric 5-piece will be sure to sweep you off your feet and onto the dance floor.