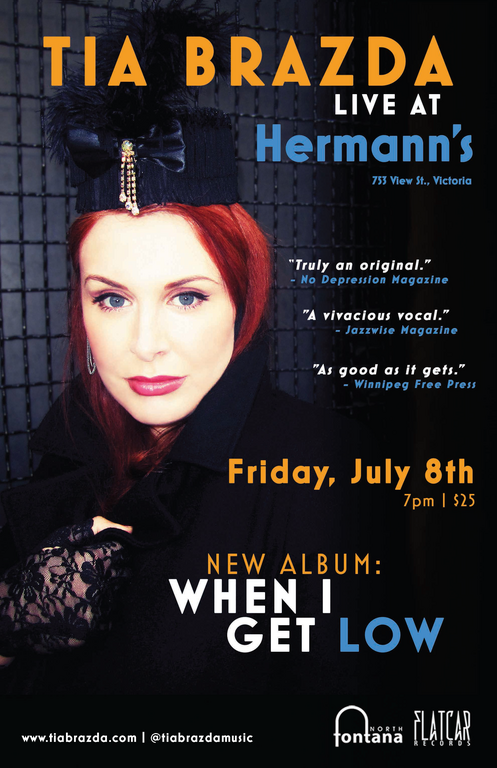 One of Canada’s most recognizable voices in jazz, Tia Brazda’s speakeasy style and original songwriting pay homage to the golden era while remaining daringly modern. Since her debut release, “Cabin Fever” in 2012, she has played jazz festivals across North America and Europe, including the Montreux Jazz Festival and Festival International de Jazz de Montreal. Brazda’s sound has been described as “a hip pastiche”, while Craig Charles of BBC Radio named her song “Hard Luck” as one of best of 2016. Her album, “Bandshell” was named as one of the best of the past decade by Rai Radio in Italy and best of the year by Jazz FM91 in Canada. Currently touring her new album, “When I Get Low”, Brazda waxes nostalgic with sultry interpretations of beloved songbook standards.

Tia Brazda will be joined by Bryn Badel on trumpet, Atilla Fias on piano, Ryan Tandy on bass and Matt Pease on the drums.