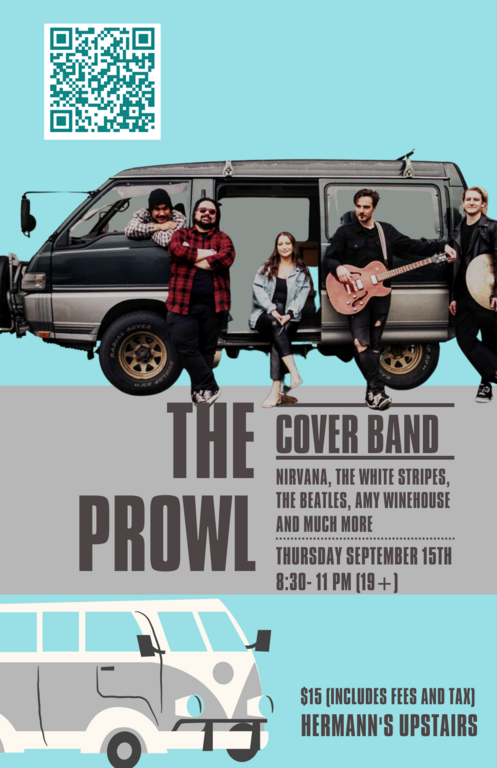 The Prowl is a Victoria-based cover band that draws from early 2000s pop hits to modern alternative rock with a touch of classic soul/r&b thrown into the mix. Shortly after breaking into the scene, The Prowl became the Sunday house band at Irish Times Pub and can be seen playing in all the popular bars and pubs in Greater Victoria every week. The Prowl is Gillian Davis on lead vocals, Avian Maranakis & Doug Liseth on guitars, Cesar Pinilla on bass, and Amber Banman on drums.