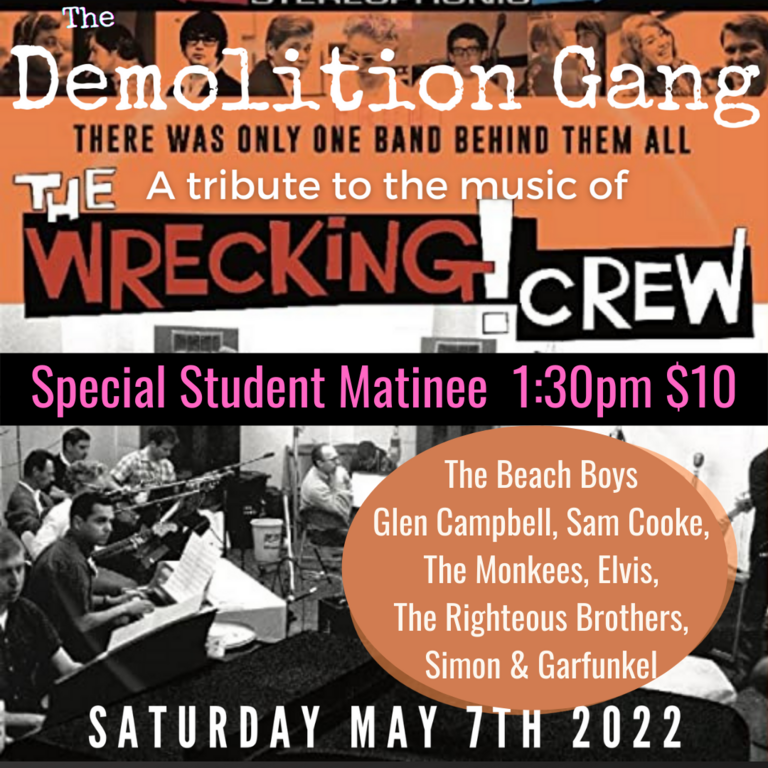 The Demolition Gang: A Tribute to the Music of the Wrecking Crew! Student Show

The Demolition Gang is a Vancouver Island band that performs a tribute to The Wrecking Crew, the unsung heroes of modern music, a collective of Los Angeles based session musicians that recorded thousands of recordings including hundreds of top 40 hits in 60’s and 70’s. Based in LA they also recorded just about every TV theme imaginable, from the Barney Miller to Hawaii 5-0.

The Demolition Gang features a group of world class singers and multi-instrumentalists led by Lee Worden, performing some of the most celebrated music of the 20th century with tight arrangements and big vocal harmonies.