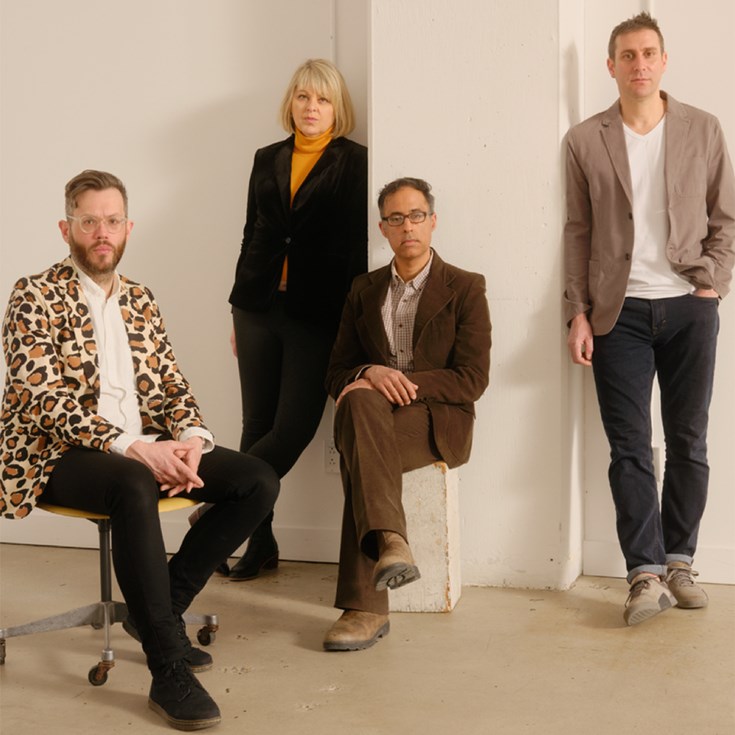 Formed in 2017, Montreal-based Code Quartet is a powerful collective of four of Canada’s leading jazz composers and improvisers, including trumpeter Lex French, alto and soprano saxophonist Christine Jensen, bassist Adrian Vedady and drummer Jim Doxas. Jensen has racked up numerous national and international awards, including two Juno awards for her albums Treelines and Habitat. Vedady and Doxas have lent their artistry to some of the world’s great jazz artists, including Carla Bley, Dave Douglas, Oliver Jones and Marc Copland. French is a bright star on the Canadian jazz scene, highly in demand after relocating from New Zealand. The quartet, which came together with the equal goals of composing and improvising in a chordless-quartet setting, features original compositions that draw from each member’s unique background. Depicting many moods and creating an organic dialogue, their soundscape is diverse and refined, resulting in an exciting and engaging listening experience.

The primary motivation for the formation of the group has been to build on the freedom of expression pioneered by Ornette Coleman’s seminal group of the 1950s, with two horns interacting with acoustic bass and drums. They prioritize the idea that each voice within the collective is given equal weight, blurring the boundaries between frontline instruments and the rhythm section. In April 2021, Code Quartet released their debut album Genealogy with Justin Time Records to enthusiastic reviews, and now they bring this new record to Victoria audiences in a thrilling, live performance at Hermann’s Jazz Club!