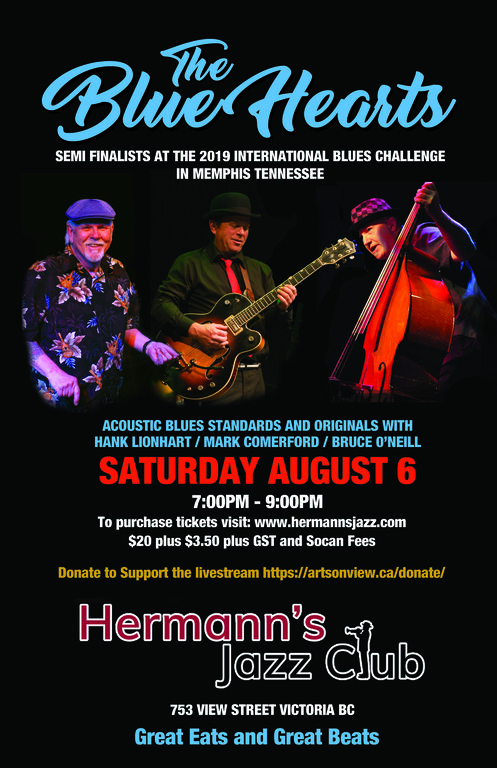 Mark Comerford: Guitar & Percussion, Vocals, and Big Hank Lionhart: Lead Vocals. Mark and Hank are both members of RCA recording artists, Uncle Wiggly’s Hot Shoes Blues Band who have performed all over Western Canada for the past 5 years since their reforming of the band.

Both have been playing and recording the Blues for over 40 years with each other and in other Blues bands. They have opened shows for Muddy Waters, Joe Cocker and more recently for Burton Cummings. In 2016, they represented British Columbia in the Solo/Duo category at the annual International Blues Challenge in Memphis, Tenn where they made it to the semi finals. This was followed by the release of their debut album Pumpin Out The Blues and performances across BC and Alberta, such as the Salmon Arm Roots & Blues Festival, Island Folk Festival, and 39 Days of July and they are represented BC again in January 2019 in Memphis for the International Blues Challenge.

Joining us will be Stand-up Bassist Bruce O’Nell formerly from the Arsen Shomakov Band.