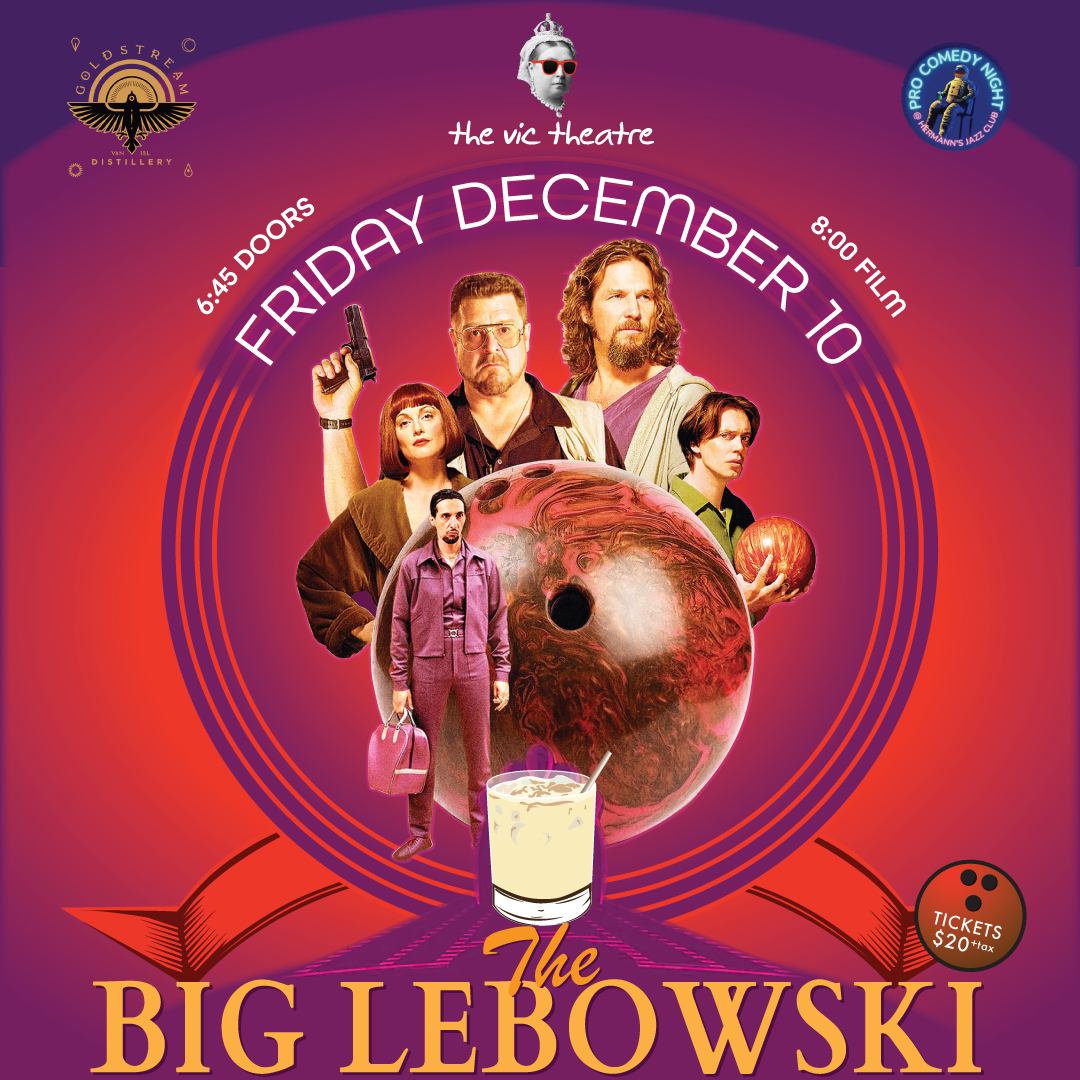 The Big Lebowski Event at The Vic

The Vic Theatre are partnering with Goldstream Distillery to present the iconic cult classic, The Big Lebowski, on Friday, December 10.

Tickets are $20 and include:

Schedule for the night:

In January 2021, Bryan’s second album opened at number one on iTunes’ comedy charts, and his many credits include being featured on MTV, Much Music, The Comedy Network, Sirius-XM Radio, The Edinburgh Fringe Festival, The Melbourne Comedy Festival, Just for Laughs, National Lampoon Radio, the Montreaux comedy festival and the CBC.

With his unique combination of grumpy and silly, Andrew has delighted audiences nation-wide with featured performances on CBC’s Laugh Out Loud, SiriusXM, The Icebreakers Comedy Festival, the YYC Comedy Festival, Montreal Sketchfest and iChannel’s No Kidding.