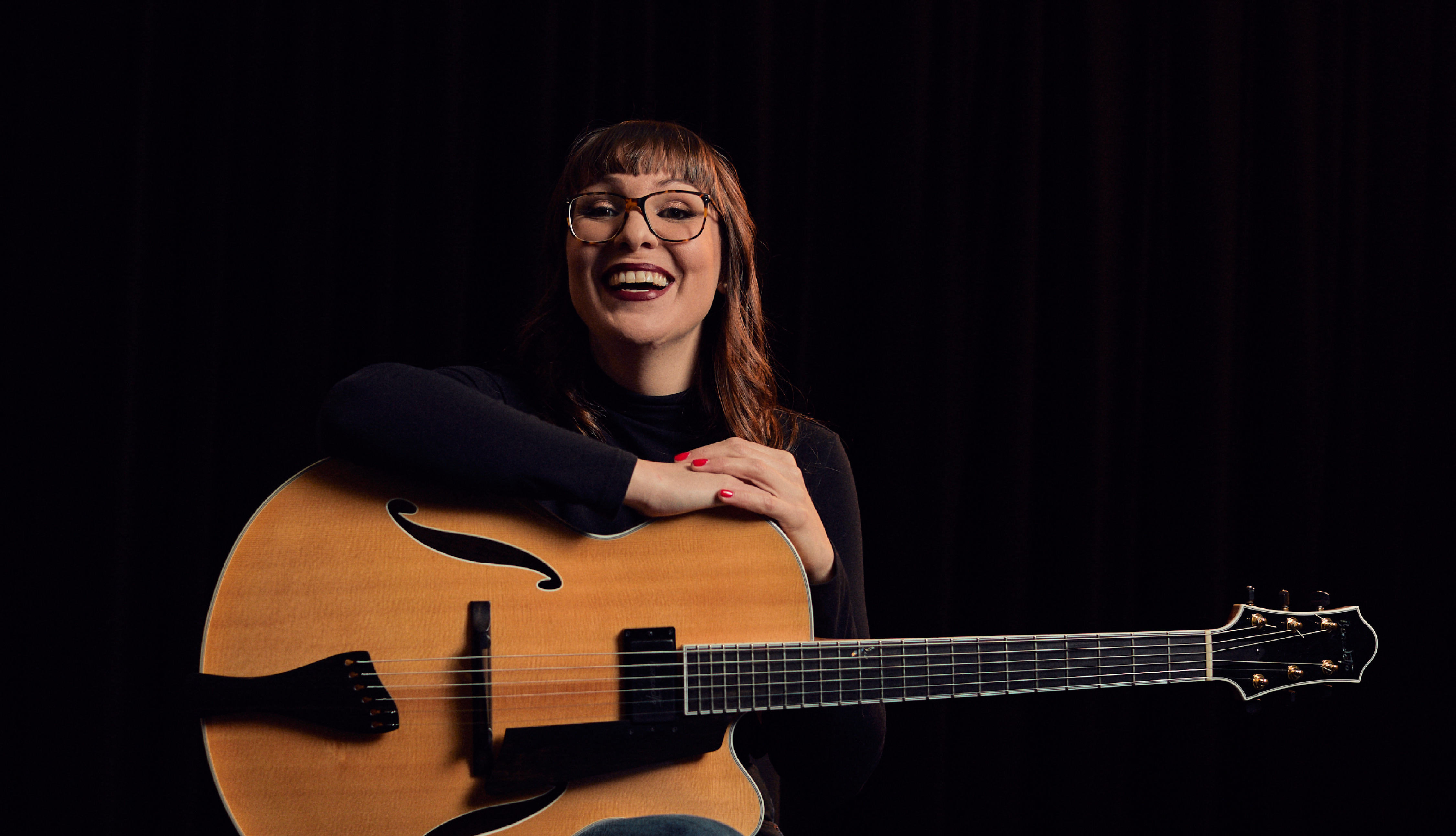 “[Gould] has soaked up the influences of Wes Montgomery, Grant Green, Kenny Burrell and Joe Pass, and she wears that collective mainstream, swinging attitude on her sleeve, not only stylistically, but also in her sense of the joy of creation”— All About Jazz
Jocelyn Gould is a jazz guitarist/vocalist based in Toronto. Influenced by Grant Green, Kenny Burrell, Wes Montgomery, and Joe Pass, she has performed internationally with Grammy-nominated vocalist Freddy Cole, trumpeter Etienne Charles, and DownBeat Rising Star trombonist Michael Dease. She currently holds the guitar chair of The Gathering Orchestra, a big band based in Detroit under the directorship of bassist Rodney Whitaker. She recorded her debut album as a leader in September 2019, and her latest album, Elegant Traveller, won the 2021 Juno award for “Jazz Album of the Year.”