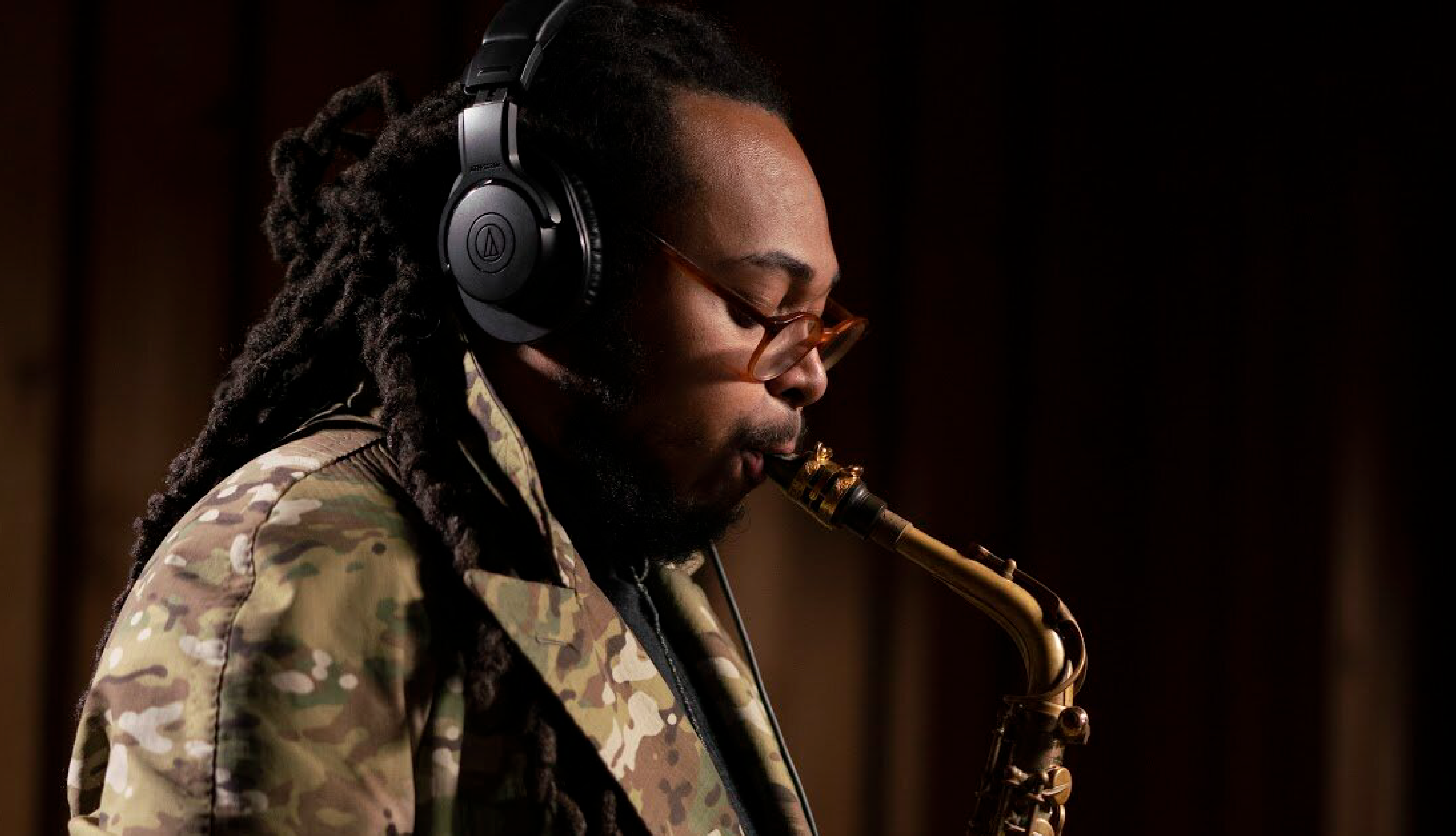 “Anyone trying to tune into the present moment in jazz could do a lot worse than starting with Immanuel Wilkins, an alto saxophonist whose playing is at once dazzlingly solid and perfectly lithe” – New York Times
Brooklyn-based saxophonist, rising star, and composer Immanuel Wilkins attended the Juilliard School in 2015, where he met trumpeter/composer Ambrose Akinmusire, who mentored Wilkins and helped him navigate the jazz scene. He also met a musician who would change his professional life, Jason Moran, the prominent pianist and composer who took the young saxophonist on tour. In what was one of Wilkins’ biggest gigs to date, he played alto in Moran’s “In My Mind: Monk at Town Hall, 1959,” a series of live performances honoring the great legacy of jazz pianist Thelonious Monk. Wilkins has since worked with a diverse range of artists including Solange Knowles, Gretchen Parlato, Wynton Marsalis, Gerald Clayton, Aaron Parks, and Joel Ross, making a striking appearance on the vibraphonist’s 2019 Blue Note debut KingMaker. Wilkins’ acclaimed debut album Omega was named the #1 Jazz Album of 2020 by The New York Times, followed by his 2022 album, The 7th Hand.