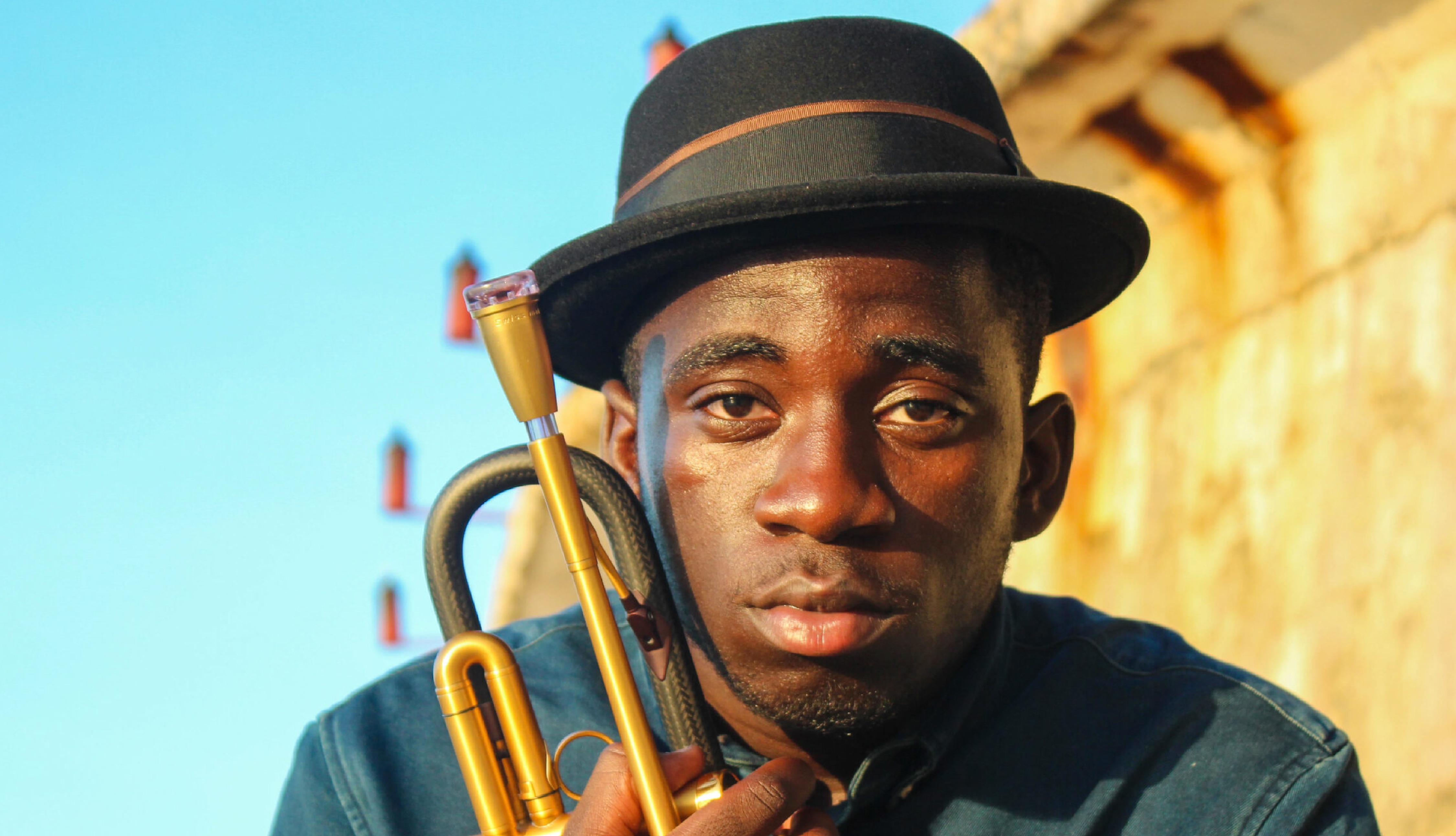 “Giveton has a beautiful sound and feel conception about the music. He’s definitely an important part of the wave of younger musicians who have the intellect, feeling, and intensity to perpetuate the highest levels of our music.” – Wynton Marsalis
At age ten, rising star Giveton Gelin taught himself to play the trumpet simply by emulating his favorite records. After years of self-instruction, bassist Adrian D’Aguilar began to mentor him, providing him the tools to play jazz. In 2017, the Nassau-born trumpeter received recognition at the Young Arts Foundation and Betty Carter Jazz Ahead Program, and continued his studies at the Juilliard School where he graduated in June 2021. Within the span of three years, Gelin has played with pioneers of the NY jazz scene such as Curtis Lundy, Bobby Watson, Sullivan Fortner, Ben Wolfe, and Jon Batiste. Additionally, the 22-year-old trumpeter has received tutelage from some of the world’s greatest, including Wynton Marsalis, Nicholas Payton, Ralph Peterson, and is the protege of the late Roy Hargrove. In 2020, the Bahamas-native released his debut, True Design, receiving warm reviews and critical mentions; as well, he was awarded the 2020 LetterOne “Rising Star Jazz Award”, and ASCAP’s “Herb Alpert Award.” Through his music, the young trumpeter brings forth a new narrative to jazz.