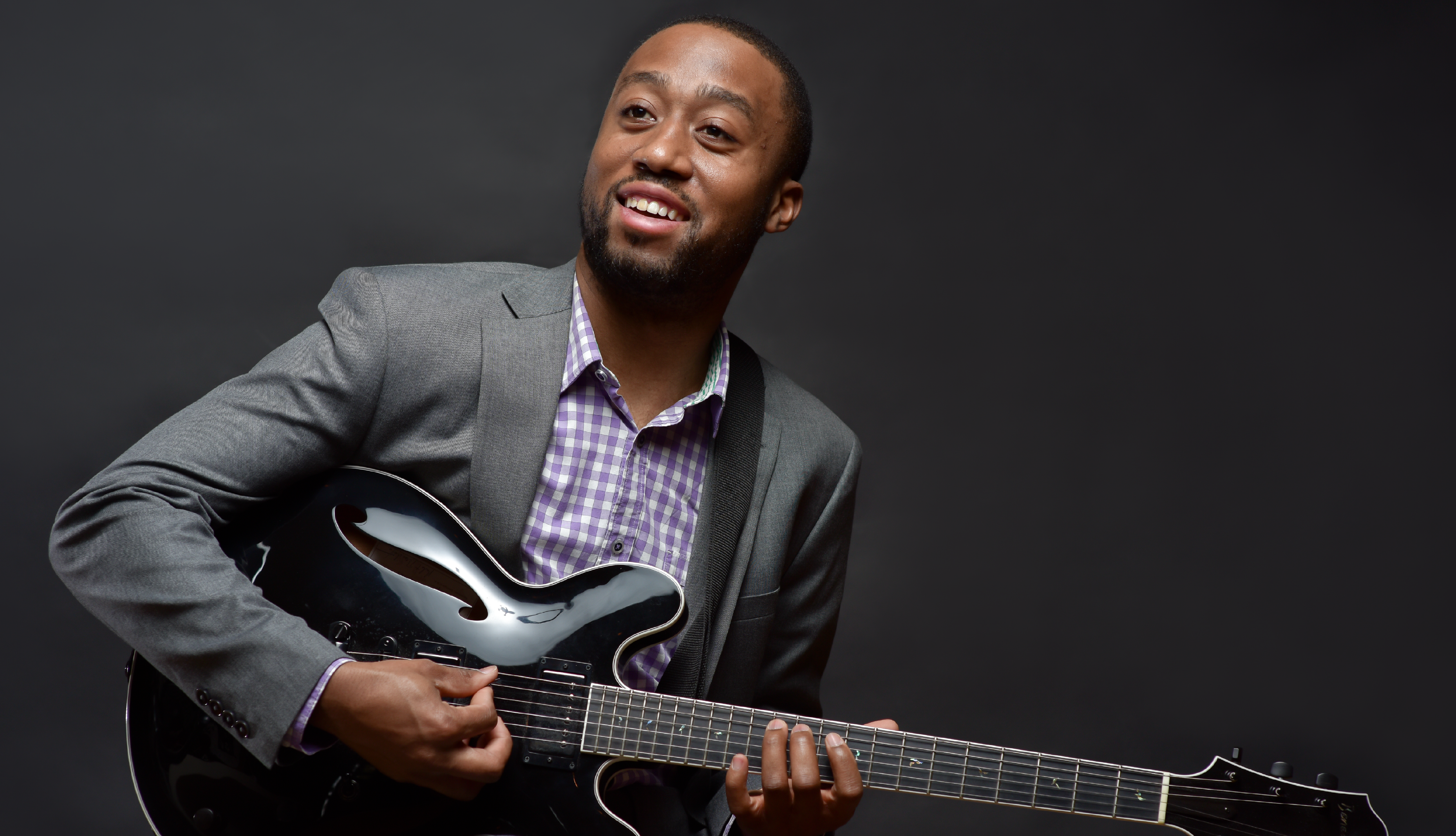 DAN WILSON QUARTET
”Wilson hails from the Wes Montgomery/Grant Green/George Benson tradition of mainstream guitar with R&B and gospel inflections.” — Jazziz
Grant Green meets Wes Montgomery meets George Benson. Not quite, but that gives some idea of what you’ll hear from composer/guitarist Dan Wilson. Highly endorsed by none other than Pat Metheny, Wilson’s reputation as a first-rate jazz guitarist has permeated the walls of the elite in the upper echelon of jazz guitar. This Grammy-nominated artist has already cemented his place as a world-class player, and his recent exploits show that he has no plans of slowing down. His career has taken him on an exploratory journey into foundations laid down by the guitar/organ tradition. Dan Wilson recorded and toured with jazz great Joey DeFrancesco, which later led him to joining and touring with bassist Christian McBride and his band, Tip City. McBride then served as producer on Wilson’s 2021 album, Vessels of Wood and Earth, which brings a wide palette of originals and inventive interpretations inspired by Motown, gospel, and jazz traditions.