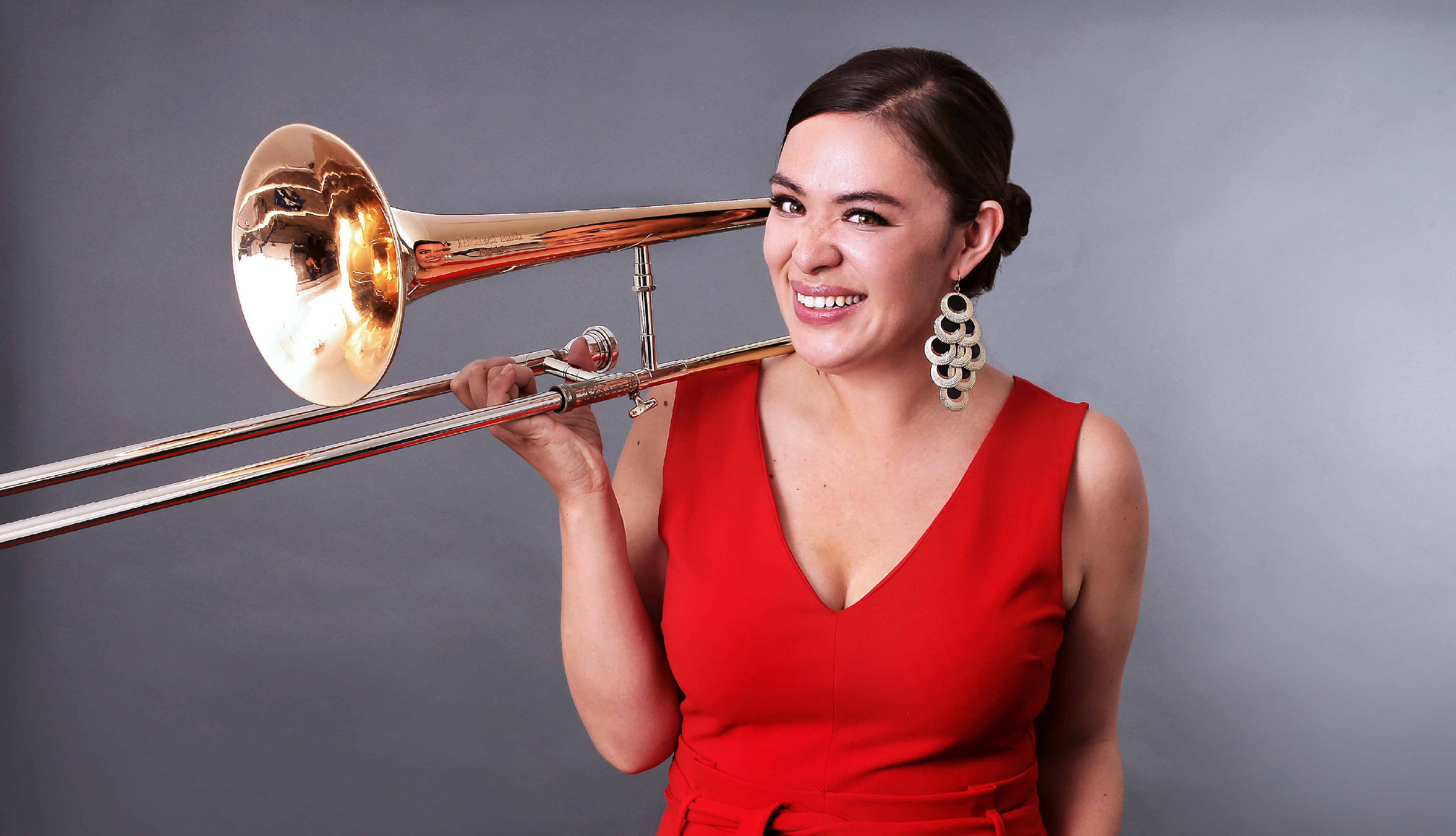 “Ochoa seems to approach her artistry the way Dizzy Gillespie did—taking the music seriously, but without seeing any reason for avoiding a good time.” – All About Jazz

Audrey Ochoa is one of Edmonton’s most prolific trombone players. Her debut album, Trombone and Other Delights (2014), was widely acclaimed and spent three consecutive weeks as the number one Jazz album on the Earshot charts. Ochoa’s sophomore release, Afterthought (2017), rose to No. 1 on the Canadian jazz charts and broke the top 20 in the U.S. A rising star in her own right and a fixture of the Canadian music scene, she is decidedly captivating and original, and her most recent album Frankenhorn saw Ochoa win a Western Canadian Music Award. Audrey Ochoa exemplifies an artist who has dedicated herself to expertise while remaining relevant and light-hearted. Jim Head guitar, Mike Lent bass, Jon May drums