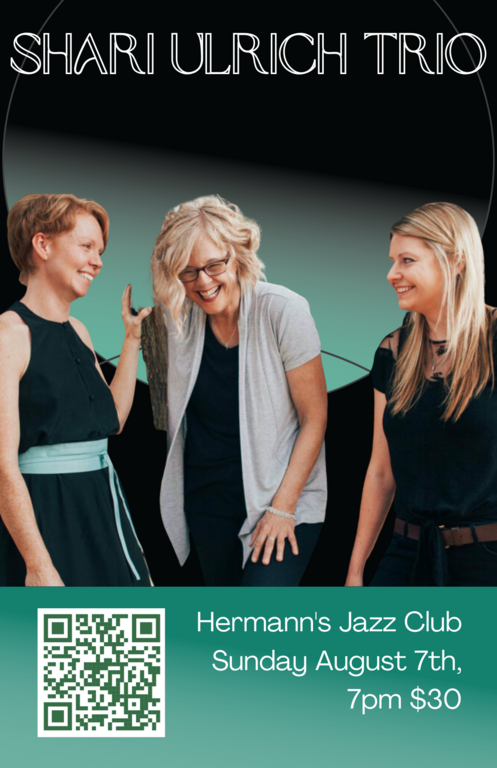 Originally a California girl, Shari Ulrich settled on the west coast of Canada in 1970, and soon launched her life in music as a singer-songwriter and multi-instrumentalist (violin, mandolin, piano, guitar, dulcimer, harmonica). From her time with the legendary Pied Pumkin to The Hometown Band, and on as a solo artist, her career has resulted in 25 albums to date, including collaborations with Bill Henderson and Roy Forbes (UHF), Barney Bentall and Tom Taylor (BTU), and more recently the bluegrass band, The High Bar Gang. Along the way, she has garnered 2 JUNO awards and several nominations, an induction into the BC Entertainment Hall of Fame, and a 2014 Canadian Folk Music Award for English Songwriter of the Year.
An accomplished and dynamic performer, Shari makes any sized audience feel they are in her living room – drawn in by her insightful lyrics, and her engaging warmth and humour.

Shari will be joined by McGill jazz program grad Cindy Fairbank on piano, accordion and vocals, as well as Grant MacEwan University music program grad, Kirby Barber on bass, acoustic guitar and vocals. Both are music teachers as well and perform and tour with a variety of artists.