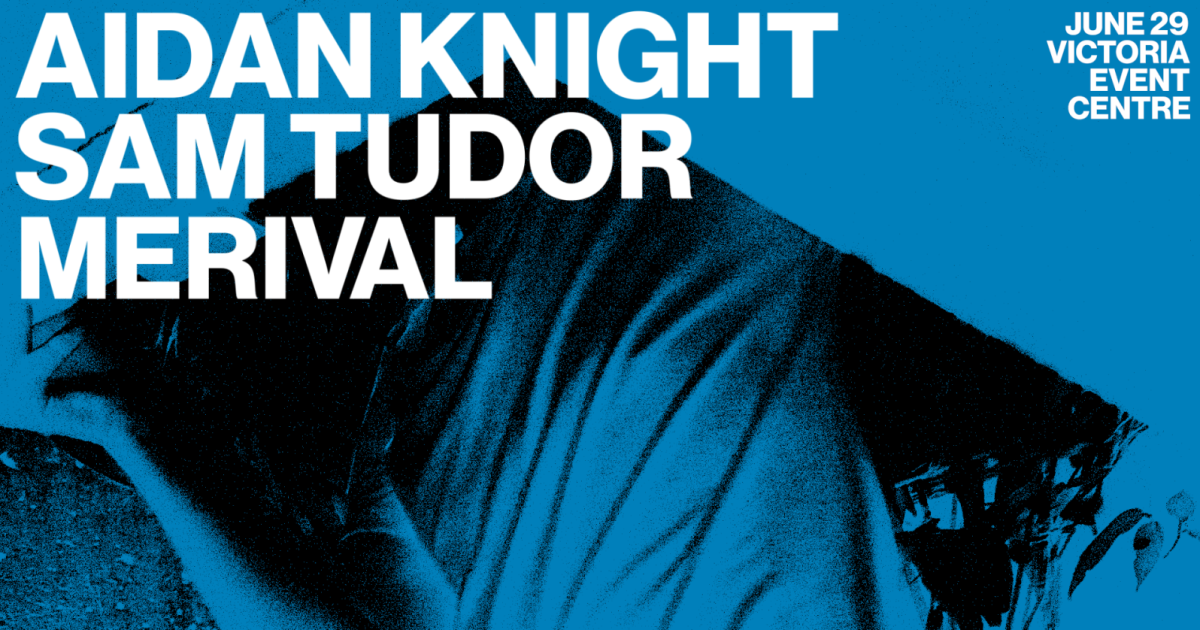 Aidan Knight is a songwriter, performer and producer based on Vancouver Island. His music experiments with, and pushes the boundaries of folk & indie rock. Aidan has released 4 critically acclaimed albums (Versicolour, Small Reveal, and Each Other & the self titled Aidan Knight), toured with artists like Half Moon Run, Andy Shauf, James Vincent McMorrow, Villagers, Dan Mangan and more.

Sam Tudor is a solo project AND a D.I.Y. collective effort. The underpinnings of the songs are genre-less; jazz players join forces with Eno inspired beats while acoustic guitars meet distorted synths. What unifies the project is Tudor’s distinct voice: a sandy, melancholic narrator, leaning in close with writing that is often an act of self-exposure – a confessional and cathartic outpouring.

Merival is a Torontonian singer-songwriter who writes searching songs out of deeply personal tension. Heartache, dysfunction, and interpersonal growth inform her introspective lyrics; philosophical musics are carried by her deceptively involved musical arrangements. Vulnerability is the name of her game, by terms light-hearted and heavy.