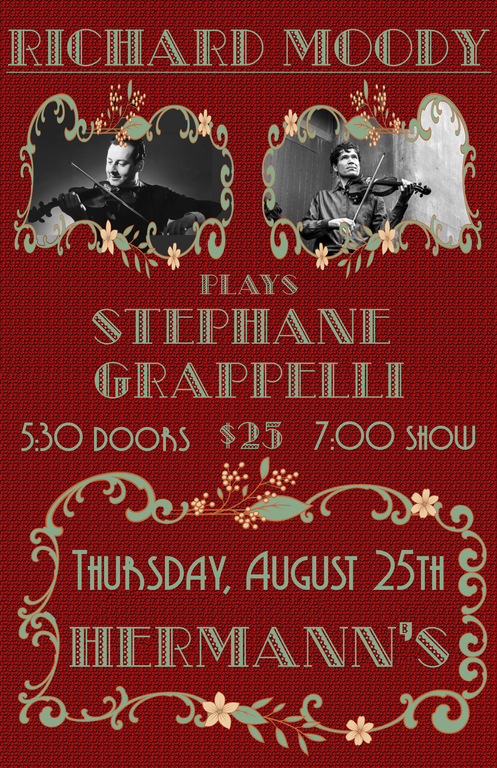 Featuring Ashley Wey and Oliver Swain.
A veteran of the Canadian music scene, violinist/violist Richard Moody has delved into almost every style a string player can try. After an education in classical viola at the University of Manitoba and the Conservatoire Nationale de Musique in Caen, France, he co-founded the folk-rock group Acoustically Inclined, garnering national following and acclaim. He would subsequently perform and/or record with the Wailin Jennys, the Bills, Joel Fafard, Jane Siberry, Glenn Buhr, Paris to Kyiv, the Wyrd Sisters, and the Manitoba Chamber orchestra, among many others.
The violin owns only a small patch in the fertile field of jazz improvisation, but Richard’s take is unique and melodic, a nod to the greats like Grappelli and Venuti, and the introduction of his own voice on the instrument, in the jazz idiom.