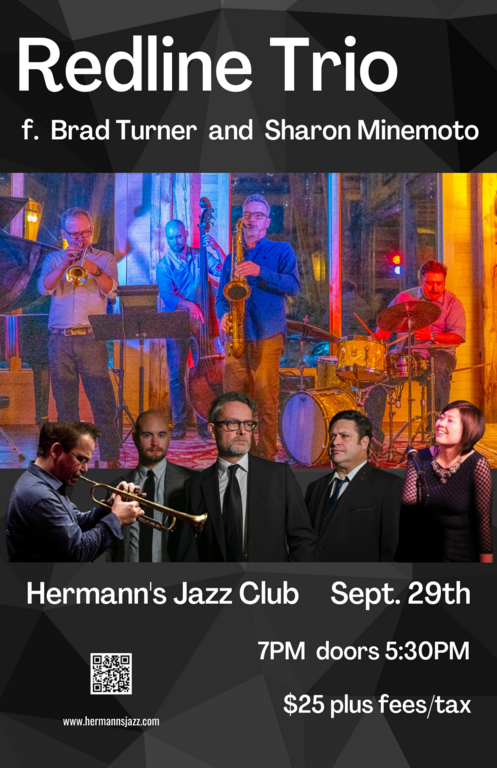 Since 2017 the Redline Trio has been featured weekly at Betty Lou’s Library, an award-winning cocktail bar in Calgary. They have presented concerts at the National Music Centre King Eddy, cSPACE, artsPlace in Canmore, the Yardbird Suite in Edmonton as well as clubs in Vancouver
and Victoria. The Redline Trio have featured guest artists including Juno-award winning musicians such as NY bassist Brandi Disterheft, pianist David Braid, trumpeter Brad Turner, guitarist Mike Rud, poets Quincy Troupe and Sheri-D Wilson, and others. The Redline Trio
recorded their YYC MusicAwards nominated cd at the Banff Centre, with their latest recording due to be released in the fall of 2022.