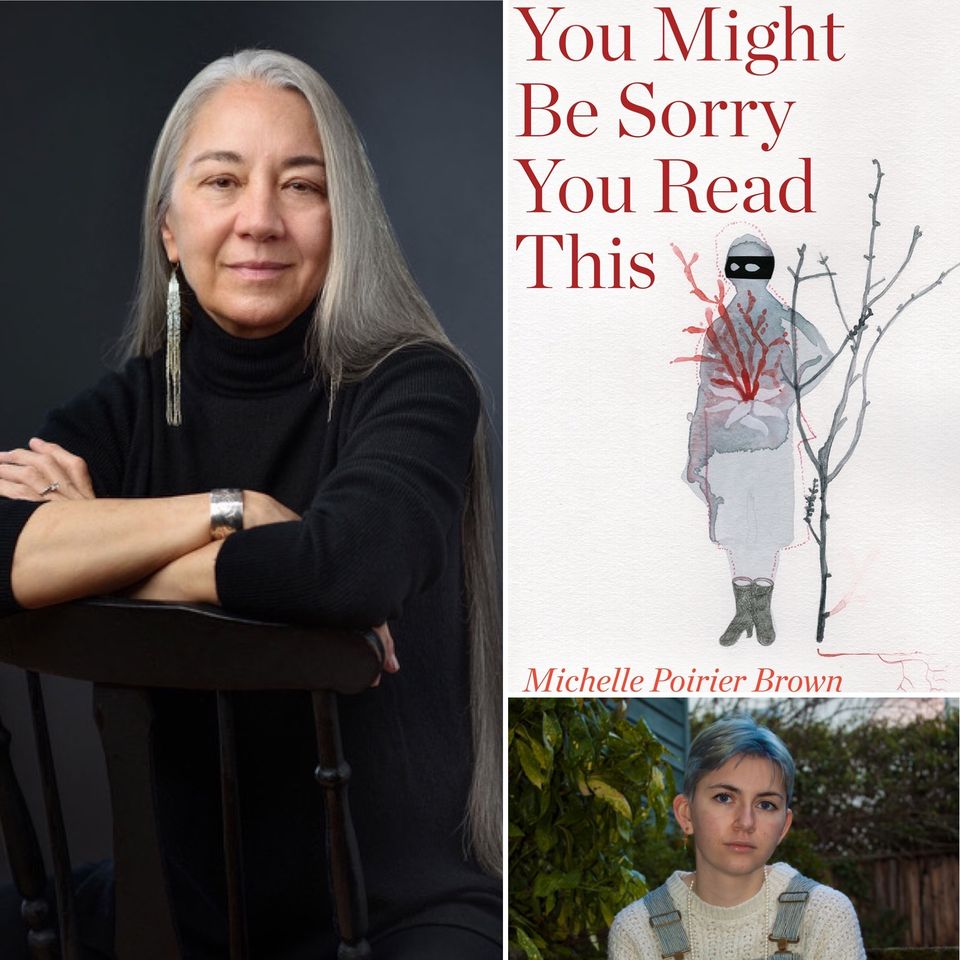 Michelle Poirier Brown is an internationally published poet and performer living on unceded syilx territory in Vernon, BC. She is nêhiýaw-iskwêw and a citizen of the Métis Nation. Her work has appeared in Arc, CV2, The Greensboro Review, Grain, Emrys Journal, Vallum, and several anthologies. www.skyblanket.ca
www.skyblanket.ca
You Might Be Sorry You Read This reveals how breaking silences and reconciling identity can refine anger into something both useful and beautiful. A poetic memoir that looks unflinchingly at childhood trauma, it also tells the story of coming to terms with a hidden Indigenous identity when the poet discovered her Métis heritage at age 38. This debut collection prioritizes the poet’s story through a journey of pain, belonging, hope, and resilience.
Poetic Appetizers:
Helpful to know this: / the trauma / lives in my body / still. / I am susceptible / to shock. / I tremble, / sometimes quite intensely, (from “The Thing About Snow”)
This far from the mainland, / the sky is seamless grey, / the sun orange as a harvest moon. / We breathe air off the ocean, / raise prayers. (from “Smoke”)
Features, her features, are silent. / The portrait says only one thing: / go ahead. look. / Look as long as you like. (From “Self-Portrait of the Poet”)
~~~
Eli Mushumanski is Victoria’s tenth Youth Poet Laureate and recently completed a double major in Writing and English with Honours at the University of Victoria.
They grew up in Northern British Columbia on the traditional territory of the Saik’uz First Nation but moved down south to escape the snow. During their degree, they acted as fiction editor for UVic’s literary journal, This Side of West, as well as senior editor for Her Campus at UVic.
Eli has poetry published in The Warren and participated in the City of Victoria’s 2021 “Resilient Muse” reading series.
~~~
Thank you for cooperation, and for your continued support of Poetry.