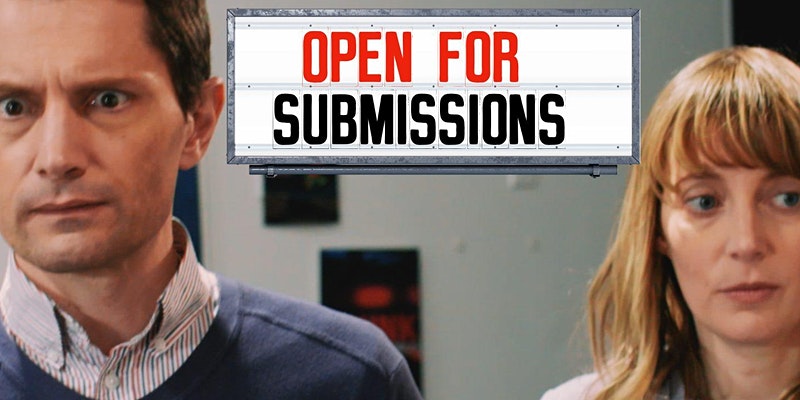 Open for Submissions at the Vic Theatre in support of Ukraine. Comedians supporting a country led by a comedian.

This is a 19+ event at Victoria’s only licensed theatre!

This event is ticketed but free for my friends, family, random people and frenemies but please bring money to throw in the hat for Ukrainian relief.

Open For Submissions is a improvised feature mockumentary about a small film festival with big problems. Desmond Baggs, the new film festival Executive Director must overcome sabotage and betrayal in a bid to make sure his film festival isn’t destroyed by the festival programmer, the filmmakers, or the Canadian Arts Council!

It has won a ton of awards (see here https://www.openforsubmissions.com ) but don’t come thinking this is a Marvel film. This is more Indie than Indiana Jones.

Many have been asking when I was going to organize a public screening as our release was timed perfectly with that of COVID-19 !

Now that restriction have eased, my birthday seemed a good time to enjoy again with folks who have yet to see it, and those who want to see it again. But having the legend TYLER PARR (who plays the part of Booker) tell me he was going to be in town sealed it!