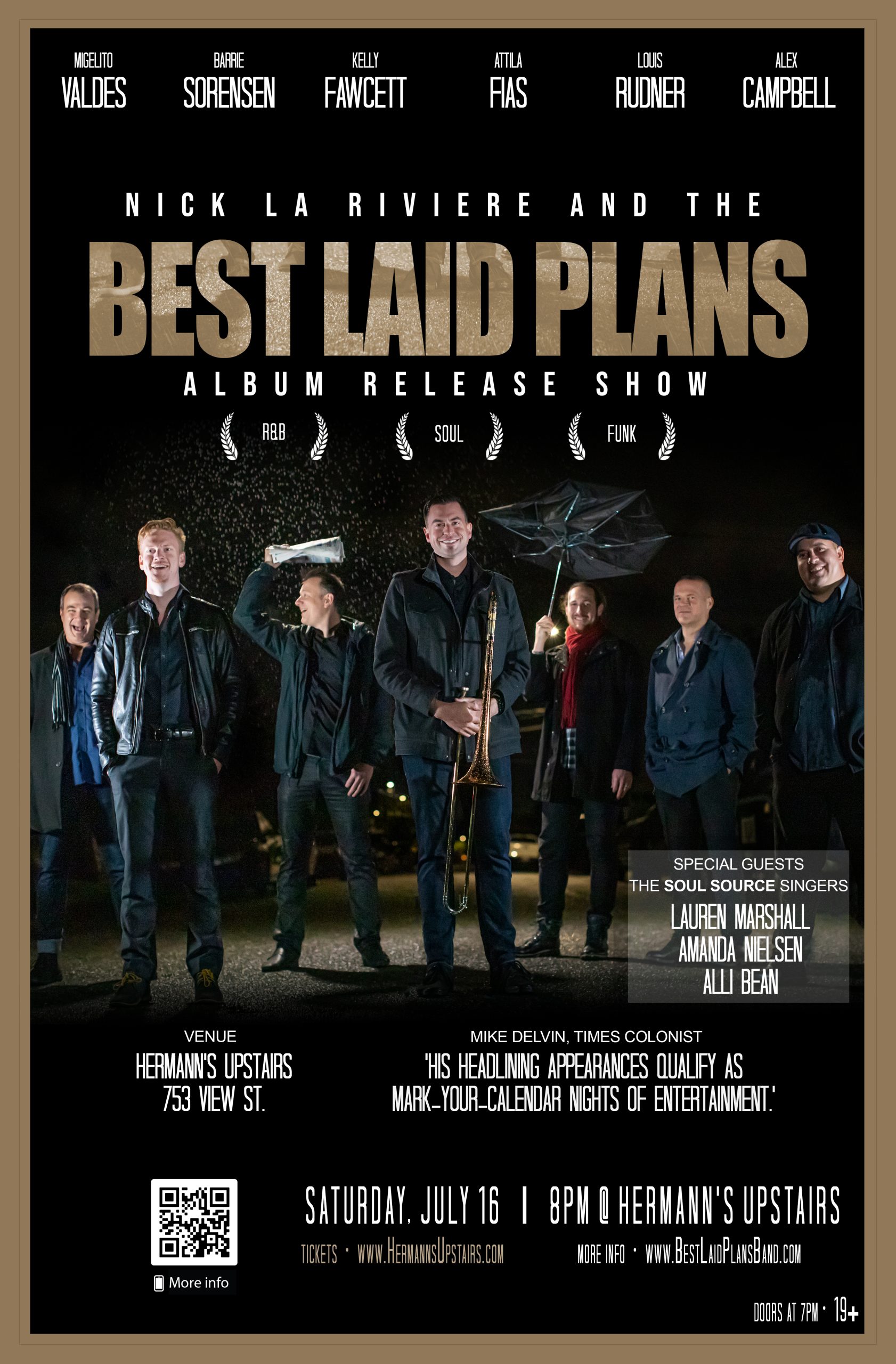 Best Laid Plans is one of Victoria’s most exciting bands. They’ll be celebrating the release of their debut album under the “Best Laid Plans” name at Hermann’s Upstairs on July 16. This album has been in the works for a few years, and they’re very happy to be able to get it out there. It’s a great sounding album with fun danceable instrumental tracks, powerful vocals, wild solos, and great musicianship all around.

The show features Nick La Riviere on trombone and vocals, Miguel Valdes on trumpet, Barrie Sorensen on sax, Kelly Fawcett on guitar and vocals, Attila Fias on keys, Louis Rudner on bass, and Alex Campbell on drums.. plus some special guests – the fantastic ‘Soul Source’ singers – Lauren Marshall, Amanda Nielsen, and Alli Bean. With this crew, it’s going to be a show to remember!

Best Laid Plan’s music is influenced by New Orleans bands such as Galactic, Trombone Shorty, The Preservation Hall Band.. and also by piano driven pop rock bands like Ben Folds. The music is generally upbeat, rich in variety, and fun.

Previous shows have sold out, so make sure to book your tickets early! We look forward to seeing you there!

Clips of the band performing (mainly) originals at the Port Theatre, Nanaimo:
https://youtu.be/xPYfzssPshg