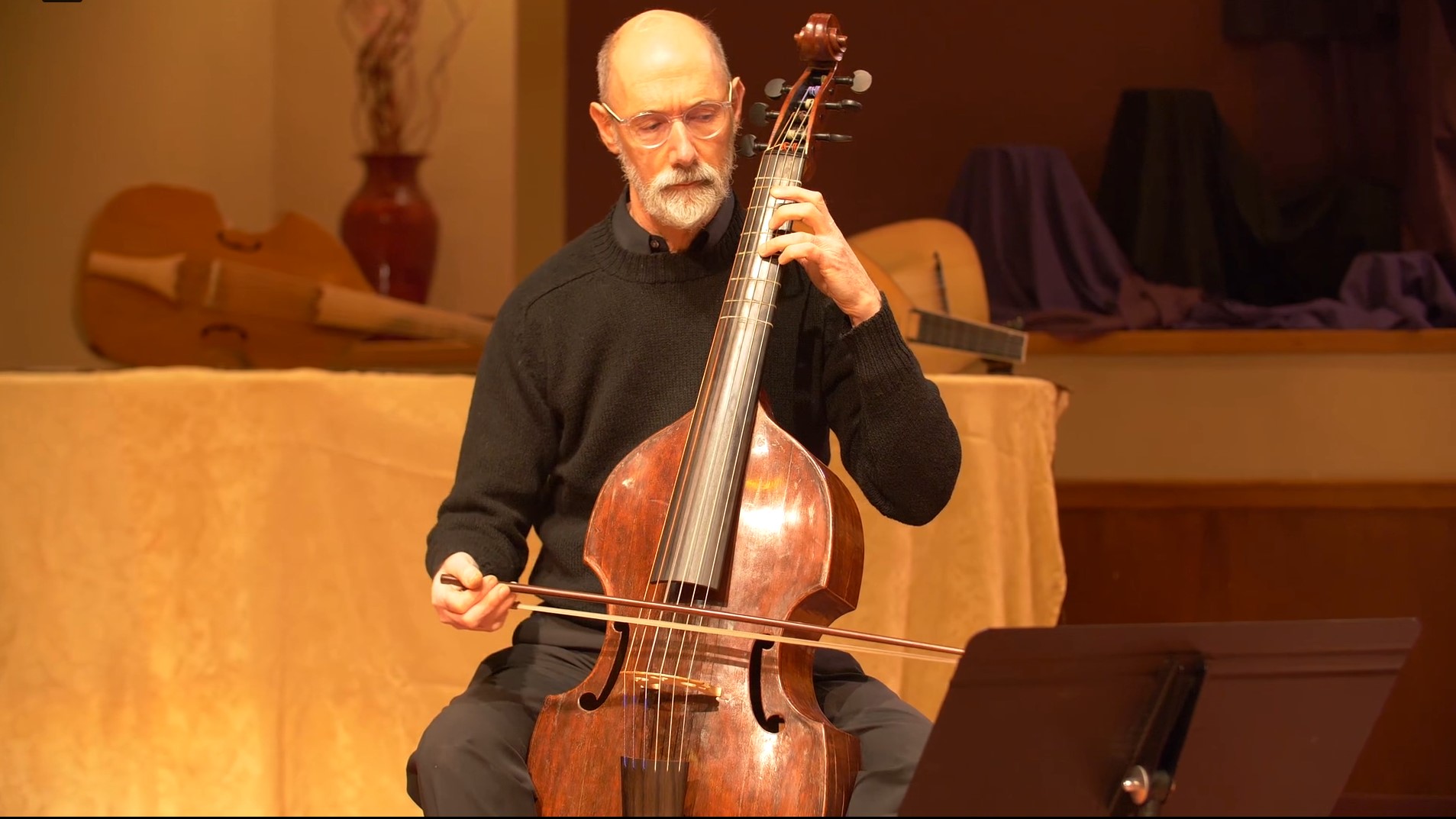 Martin Bonham, a member of the Victoria Symphony from 1978 to 2019 and during that time, one of Victoria’s leading chamber musicians, also established himself as one of the top early music specialists in Western Canada, with performances for Vancouver Early Music, the Early Music Society of the Islands and Victoria Baroque. Cofounder with Kazue Kazahaya Seki of Les Violes de Saint-Colombe, a founding member of the Pacific Baroque Orchestra and the Musick Masters, he appeared frequently on stage throughout BC, Alberta and Washington State. His interest in recreating early dance led to a role in the 1990’s as Music Director and one of the dancers in Movimento!, Victoria’s early dance and theatre company at the time.

In this concert, Martin plays a variety of viola da gambas modeled on originals from the Renaissance through the Baroque.

1pm: Music Performance
We are delighted to welcome Martin Bonham to the 2022 Musical Tea Series. His performance will feature Viola da Gamba and Cello (Baroque).