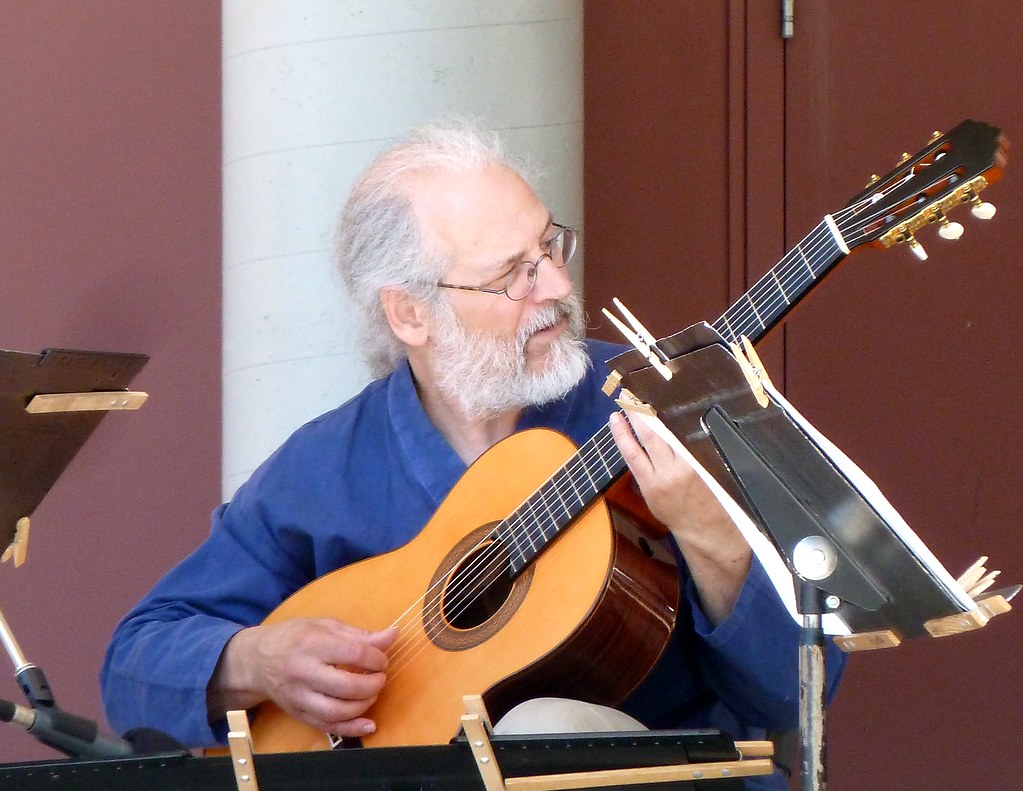 Douglas Hensley is an eclectic and versatile musician who is active as a performer as well as instructor of various plucked instruments at the Victoria Conservatory of Music, Saint Margaret’s School, and in his own private home studio. Since 2001, he has served with the Victoria Symphony on guitar, lute, mandolin, and banjo, and has worked with Pacific Opera Victoria since 2008.

As co-founder and co-director of the Continuum Consort, he explores a repertoire from 12th century Cantigas de Santa Maria to 21st century works written for the ensemble (including commissions funded by the B.C. Arts Council and the Canada Council). The Continuum Consort was invited to perform in Korea in the fall of 2006 and the summer of 2007, and was the first Canadian ensemble to perform at the Pan Music Festival in Seoul. More recently, he has been a co-founder of the quartet Steluta, with which he plays guitar and oud, and he enjoys an on-going affiliation with the Vancouver Inter-Cultural Orchestra, with which he has played oud, banjo, guitar, târ and lute.

His compositions have been played by Steluta and by members of VICO and in a number of other concert programmes, and he composed music for Theatre Inconu’s production of the Golden Dragon (2013). He has also worked with ensembles such as Ensemble Laude, the Vancouver Symphony Orchestra, Victoria Philharmonic Choir, Aventa, Victoria Children’s Choir, CapriCCio, Anima, Les Violes de Ste Colombe, and the Civic Orchestra of Victoria (as guitar soloist in Rodrigo’s Concierto de Aranjuez), and he has appeared in many faculty recitals at the Victoria Conservatory of Music and UVic.

He has recorded, on several labels, a wide variety of pieces for classical and electric guitars, lutes, viola da pendola, oud, and setâr.