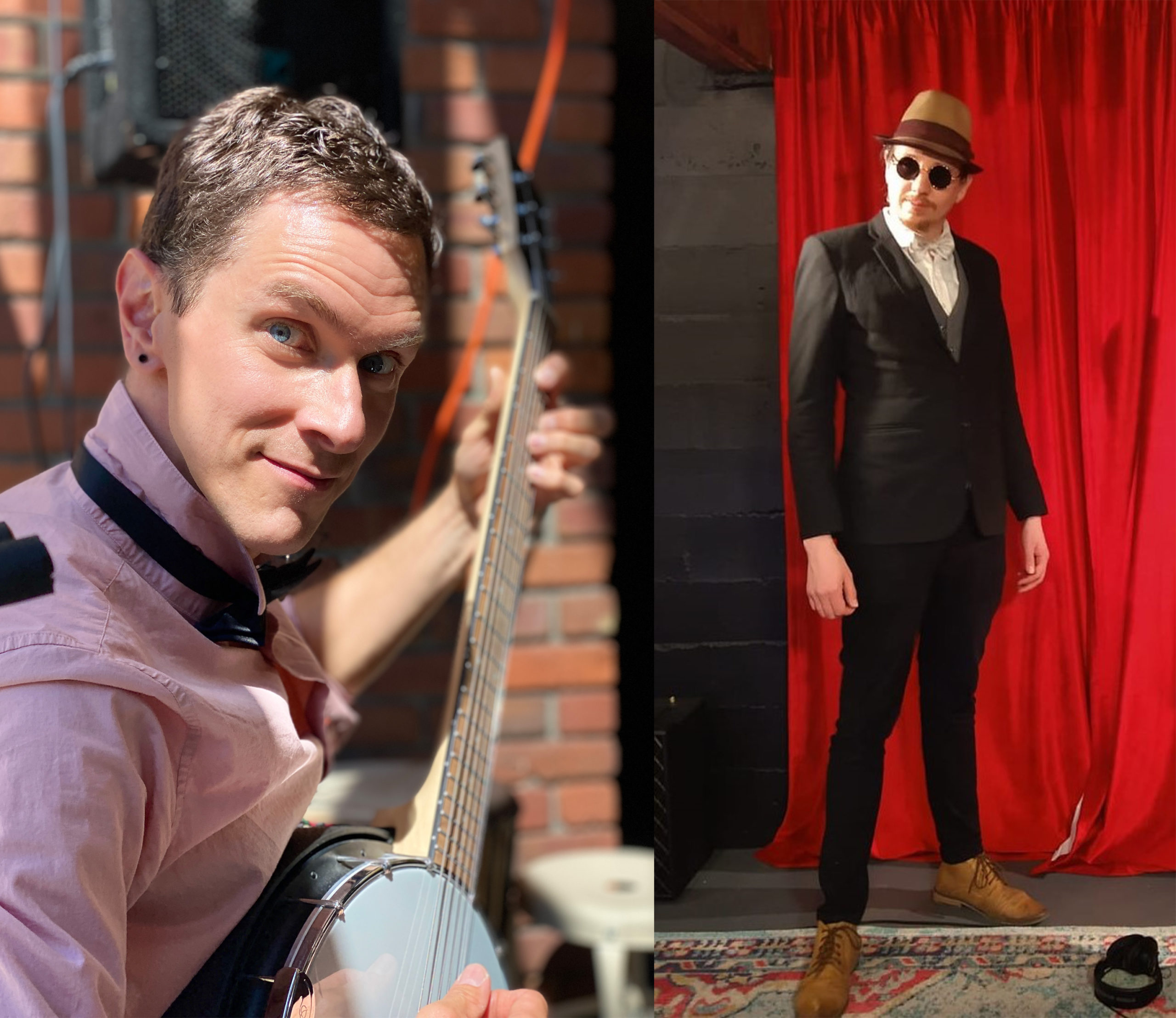 Bio
Truth and Dolphin
“…poetry funk folk in various gradations. Like Thom Yorke jamming with Leonard Cohen and Destroyer.”
Reso Nation
Truth and Dolphin’s debut album and poetry book, Chronicles of Living Memory Part One, releases to radio in April 2022. The first 3 singles dropped during the pandemic in 2021, and saw small independent radio play across Canada. In support of the radio release, the band has released 3 new singles from the
album, featuring their stripped back sound and “poetry theatre folk” dynamics.
They are touring in support of the album as venues open up, with Jared Nyberg on poetry and vocals, and Steve Chmilar on guitar, backup vocals, djembe, harmonica and banjo. Sherri Anne of Sister Speak often joins with guitar and vocals when on tour in the Pacific Northwest.

Steve Chmilar
Ideosyncratic, sometimes quirky original acoustic music by a former hard rock band frontman. Steve’s songwriting landed him Canadian radio hit “From The River” with his band The Villains and a songwriting award at Canadian Music Week. He currently lives in Sidney, BC where he delightfully paints every day to an ocean view and takes breaks with music jams.

1pm: Music Performance
The 2022 Musical Tea Series finale welcomes Victoria’s own Truth and Dolphin and Steve Chmilar back to the Nootka Court stage! Possible guest apperance by Sister Speak solo. Artists will perform mostly original songs from their recent album releases. This triple bill has sold out that past 3 times so be sure to get your tickets early!