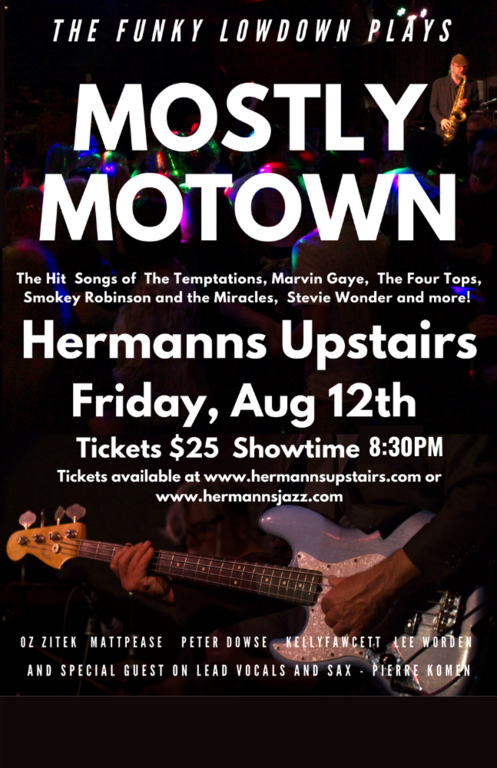 The band will feature special guest Pierre Koman on lead vocals and saxophone for this show.

Pierre is one of the founding members of the popular Vancouver Island disco band, Wunderbread and also is the leader of Nanaimo dance band Johnny Inappropriate.