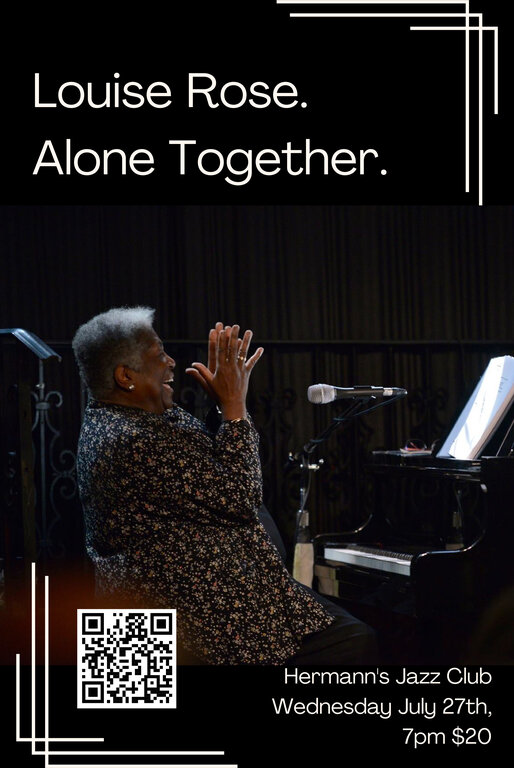 Louise Rose is a living Canadian treasure. She studied classical voice in Pennsylvania with John Duddy and Todd Duncan; pipe organ with Catharine Brooke Morgan; piano with Oscar Peterson; conducting with Leonard Bernstein and arranging with Edward Kennedy “Duke” Ellington. Some of her independent studies have been with Carmen McRae, Ella Fitzgerald and B.B. King. She has served as artist/mentor in residence at Southern University in Baton Rouge, LA and at The Frank DeMiero and Soundsation Vocal Jazz Camps. Louise is a sought after vocal jazz ensemble clinician who has played and sung with symphony orchestras in Canada and the United States, appeared in night clubs, operas, theatrical productions, touring shows and on cruise ships all over the world. She served as host of Vision Televisions long-time national show “Let’s Sing Again”.

Audiences are captivated by the wealth of experience, grace and charisma she brings to the stage. Rose will perform solo jazz piano and vocals in this special night. Limited tickets available for in-house seats, livestream available to watch by donation.