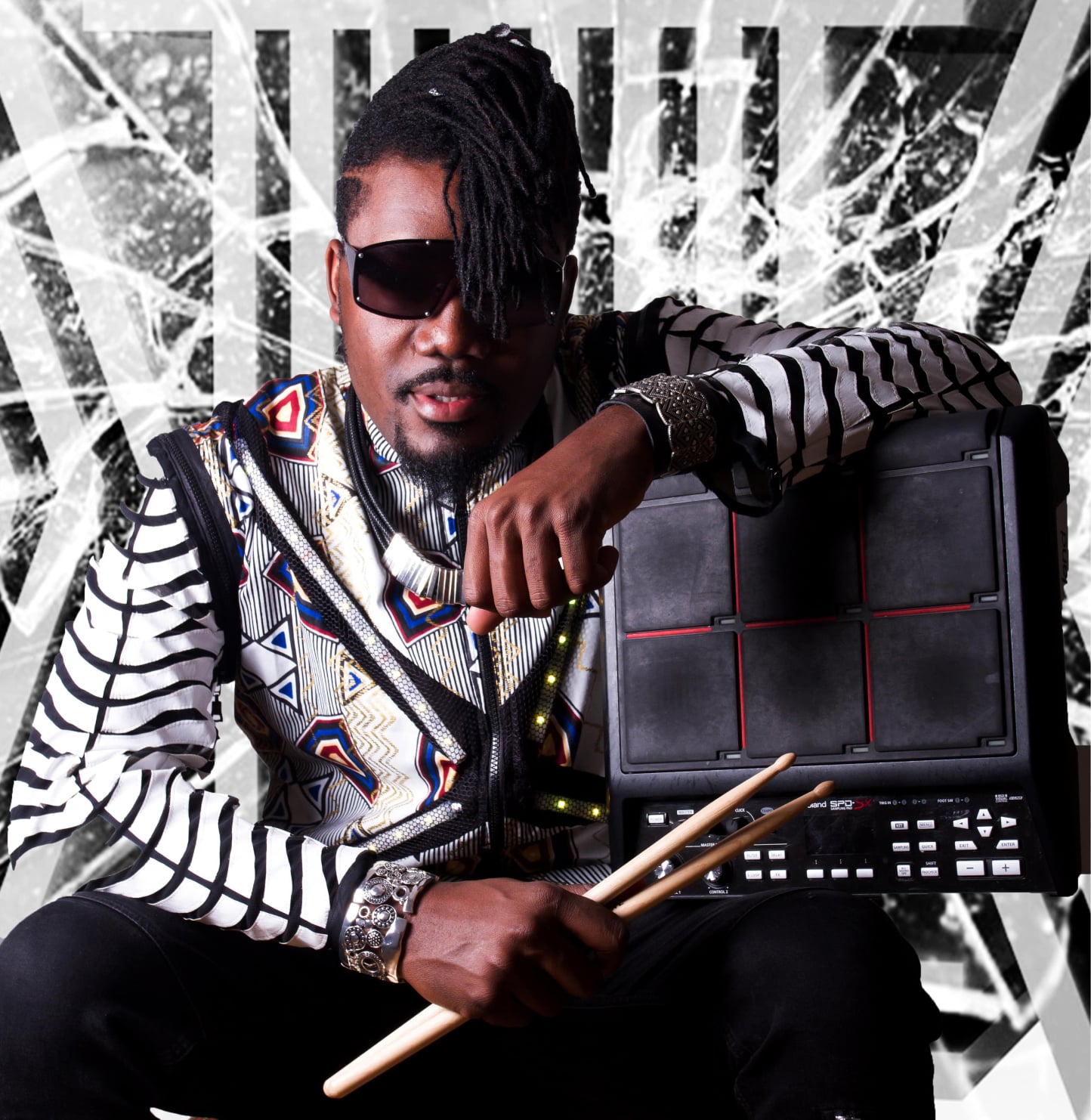 Join us for an evening showcasing the latest in African music and culture, featuring Congolese/Montreal performer KIZABA and his band, followed by DJ EZO spinning the best of today’s Afro-based dance music late into the night!

Presented in Collaboration with AACCCS.

LIONEL KIZABA, is a singer-songwriter and multi-instrumentalist, pioneer of Afro-Congolese electro music, based in Montreal, Canada, who sings in French, English, Kikongo, and Lingala.

The Kizaba show offers a musically rich style reminiscent of the Congo and is a futuristic Afro journey “Fumu na betu”, for which he creates vocalizations inspired by his ancestors and mixes sounds of soukous-Congolese, Afrobeat and Pop rock. On stage, he uses his vocals, drums, and percussion by mixing electronic music and traditional sounds from the Congo to create an Afro-Futurist world. To give the spectators a complete experience, visuals with 3D masks, designed by KIZABA and inspired by traditional masks from the Congo imagined in the future, are projected behind the musicians, creating a captivating atmosphere in another dimension.

On stage, he is accompanied by musicians (Congolese guitarist, rock rhythm guitarist and a DJ). Through its fascinating and
electrifying Afro-electro Congolese electronic music, KIZABA offers a unifying show that will move the crowd!
Lionel KIZABA has been the drummer and main vocalist of Afrotronix. For several years he has performed at the Montreal
International Jazz Festival, at Womad Chile, Rec beat and Sim Sao Paulo in Brazil, at the Jova beach party in Italy, Afropunk in France, Roots festival in Amsterdam, the Netherlands, Circulart in Medellín Colombia, Mapas, Spain and Fimpro, Mexico. “This drummer-singer is a perfect master of Afrobeat, house music, R’n’B and Congolese soukous. Here is his dazzling talent in a first afrohouse record of his own.”- Ariane Cipriani, Ici Musique Radio Canada.

ABOUT DJ EZO
DJ Ezo was born and grew up in Tanzania, where he was influenced by a wide variety of music from the African continent. It was not until his early twenties that DJ Ezo discovered his passion for DJing. Inspired by big-time DJ’s, he began making mixtapes which received a lot of attention, and he soon became a household name. Since moving to Victoria, BC seven years ago, he has produced and DJ’d for a wide variety of events and caters to a wide variety of dance floor lovers looking for Afro-flavoured beats and vibes. He is now a sought after DJ in BC, bringing the latest and best of dance music from the African continent and beyond.