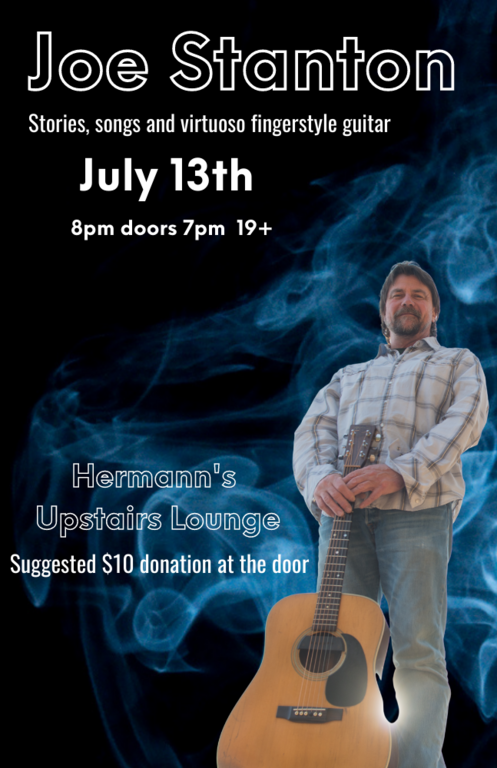 Joe Stanton is a singer/songwriter/fingerstyle guitarist currently calling Halfmoon Bay BC Canada his home.
‘Take the musical traditions of Folk, Bluegrass, country and let them simmer over a few dozen Canadian winters, add a little virtuoso woodshed fingerstyle guitar and you have Joe Stanton’.
A veteran of the stage, Joe began honing his chops in the pub scene of 1980’s Vancouver and has been picking ever since.
With 4 CD’s in the archives, Joe has performed all over the world including a hot air balloon over the Swiss alps, The Historic “Canadian” train across Canada, the Kerrville folk festival in the Texas Hill country, to the fingerstyle guitar championship, to the Vancouver Island music fest.
These days you can find Joe performing around his favorite haunts on the Sunshine coast of British Columbia, touring the west coast, or livestreaming on the world wide web.