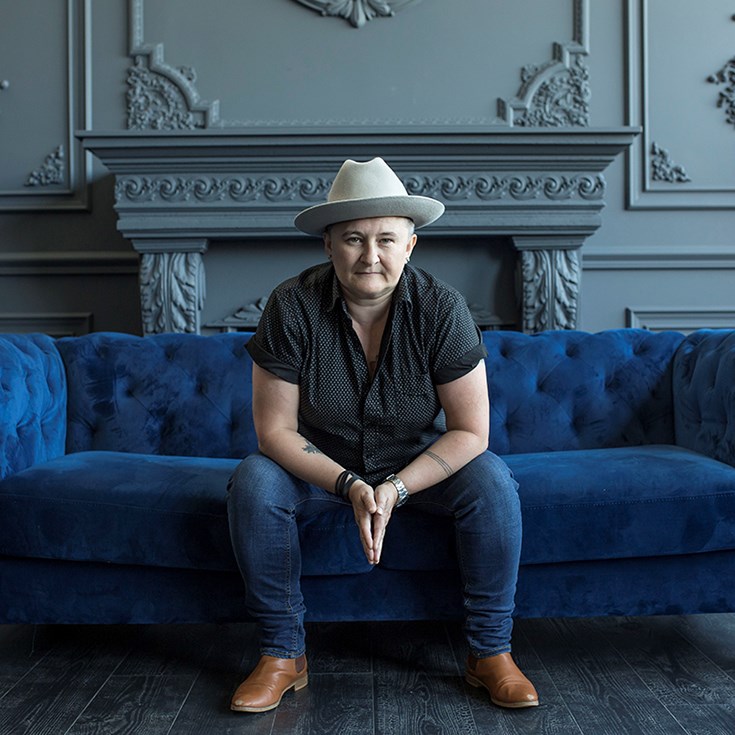 True power inspires awe, and Irish Mythen packs a lot of it – lyrical, musical, and personal – into a relatively small frame.

Irish ​Mythen is a globetrotting troubadour – an Irish-born, contemporary Canadian folk artist who’s been amassing accolades and achievements across several continents over the years. Her presence and charisma simply command attention, and regardless of where she takes the stage, she delivers a sonic and emotional experience that transcends language and location; that reaches the very core of what connects us. It’s an experience that, in recent years, has earned her spots performing alongside Rod Stewart, Gordon Lightfoot, and Lucinda Williams and billings on major festival stages the world over.  Irish was even handpicked to open for Melissa Etheridge’s 2016 Australian tour.

​Following a pair of earlier EPs, Irish cemented her spot as a performing powerhouse with her first two full-length offerings – 2008’s Sweet Necessity and 2011’s Open Here; however, it’s since moving to Prince Edward Island and releasing her latest collection – a self-titled, statement-making third LP in 2014 – that she’s propelled herself to an impressive new plateau.

​The 2015 East Coast Music Award for Roots Album of the Year perfectly couples the two poles of her sonic sphere: a universally engaging and accessible brand on contemporary folk with a tinge of more traditional Celtic influence that stems from her proud heritage. The result is a sound that’s truly timeless and transcending, anchored by her dominant and dynamic vocal prowess.  Irish draws her inspiration from all over. “It’s the people I’ve met, the colour and shape of the land, the fact that you spend much of this life alone on the road…” she shares. “All these things have crept into my songs.”

​The whirlwind of opportunities she’s enjoyed since her last release – from new places visited to some high-profile creative collaborations – has certainly informed her recent output. “I think it’s translated into a more mature form of writing,” the artist muses – “much more about the sound and mood of the album. I’ll always be a wordsmith,” the accomplished lyricist adds, “but the other facets of my art have grown.”

​Perhaps most significant of those other facets is her live show – an impactful and impressive tour-de-force that finds Irish combining her contemporary and catchy anthems with traditional tunes borrowed from her homeland. All are woven together with a signature blend of edgy humour and heartfelt storytelling while her presence and performance magnetically draw eyes and ears towards the small-statured powerhouse on stage.