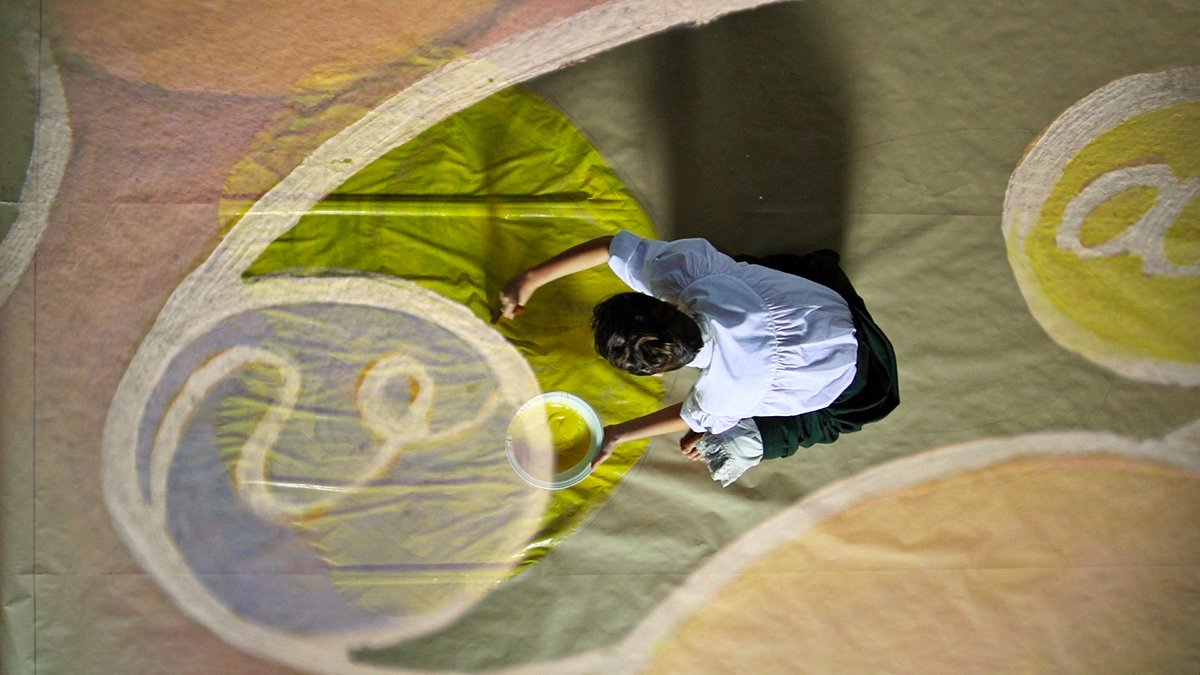 The groundbreaking artist Pat Steir, a leading light in the development of Conceptual Abstraction and a trailblazing feminist, has been on the forefront of American painting for half a century, and her professional and personal life have intersected with many of the most influential artists and poets of her generation—from Sol Lewitt to Agnes Martin to John Cage to Anne Waldman. This intimate, revelatory portrait by Steir’s friend, the novelist and filmmaker Veronica Gonzalez Peña, was shot over the course of three years primarily in Steir’s home and studio. Enlivened by a visually poetic style and the clear affection between filmmaker and subject, the film offers a profound look into the life of an artist.

Veronica Gonzalez Peña is a novelist and filmmaker born in Mexico City and raised in Los Angeles. She founded Rockypoint Productions in 2013 to produce artist driven films. Pat Steir: Artist is her first documentary. In addition to Pat Steir, Gonzalez Peña has worked with Michel Auder, Chris Kraus, Sylvère Lotringer, Douglas Gordon, Tala Madani, Ben Ehrenreich, Michael Silverblatt, Servane Mary and Penelope Pardo. She is currently working on a film about Lawrence Weiner titled Lawrence Weiner: Writing on the Wall. Gonzalez Peña authored the award-winning novel Twin Time: or, how death befell me, and an acclaimed second novel, The Sad Passions. Veronica’s book on the Mexican drug war, So Far From God, was part of the semiotext(e) exhibition in the 2014 Whitney Biennial.

All across Canada, Indigenous artists are reawakening both traditional and contemporary tattoo practices as a way to reclaim their cultures and identities.

Asia Youngman is an award-winning Indigenous director and screenwriter based in Vancouver. Named as one of Playback’s “10 to Watch,” she is an alumna from the TIFF Filmmaker Lab, the TIFF Talent Accelerator, the Canadian Academy Directors Program for Women, the Berlinale DocSalon Toolbox Programme and the Netflix-BANFF Diversity of Voices Initiative. Asia wrote and directed the short film Hatha (2021) and her short documentary This Ink Runs Deep (2019) had its world premiere at the Toronto International Film Festival. Most recently, she was the recipient of the Directors Guild of Canada BC Emerging Greenlight with her latest short film n’xaxaitk (2022) which was nominated for five Leo Awards. She is currently in post-production on a feature documentary with ESPN and has partnered with Entertainment One to adapt a novel from New York Times best-selling author Cynthia Leitich Smith for television.