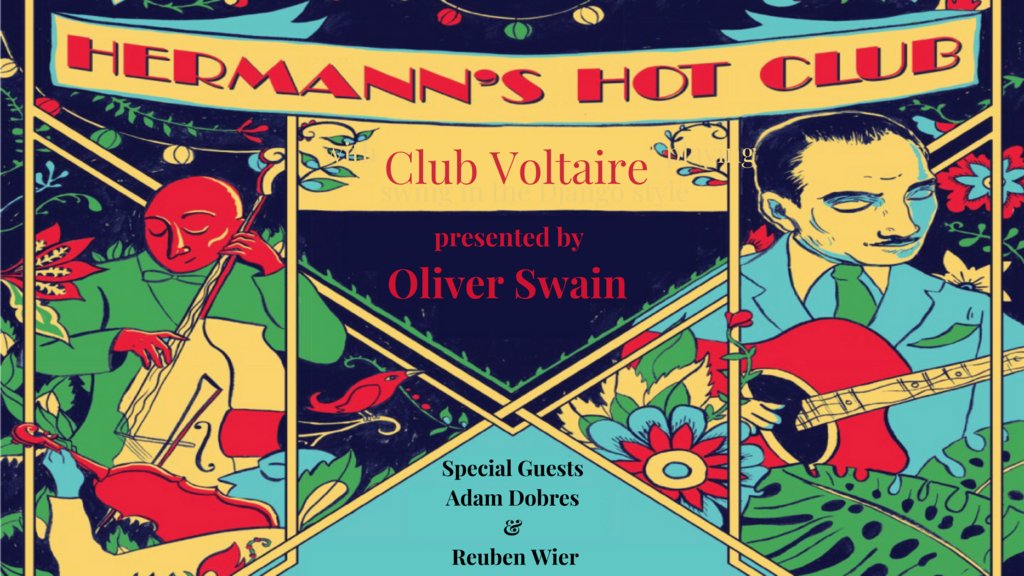 Adam Dobres has fully given himself to his art and is a gifted guitarist with a natural talent at telling stories with his music. He fuses a rich organic sensibility with an almost exotic sense of space and melody. Born in Canada and currently living on Pender Island in British Columbia, he has toured all over the world with acts ranging from folk ensemble The Ruth Moody Band to pop-rock singer Toni Childs. In 2016, he stepped into the spotlight with his eponymous debut album, earning him a nomination for instrumental artist of the year in the West Coast Music Awards.

Reuben Wier is well known in Django circles for his virtuosity and depth of understanding of the Roma-Swing genre.