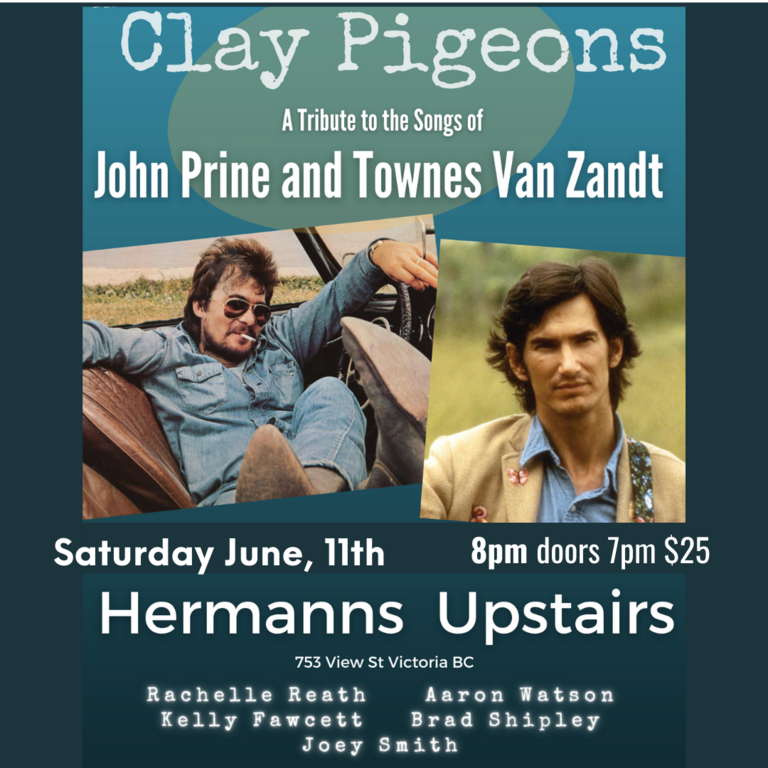 The Clay Pigeons: a Tribute to John Prine

“John Edward Prine was an American country folk singer-songwriter. He was active as a composer, recording artist, live performer, and occasional actor from the early 1970s until his death. He was known for an often humorous style of original music that has elements of protest and social commentary.”

Based out of Victoria, BC, The Clay Pigeons bring a fresh approach to some of the greatest songs written by the greatest American songwriters….John Prine, Iris Dement, Townes Van Zandt, Blaze Foley, Willie Nelson and others. The Clay Pigeons was first conceived by Rachelle Reath, Aaron Watson and Kelly Fawcett, members of the popular Tom Waits tribute, The Beautiful Maladies and features Victoria bass master, Joey Smith and mandolin virtuoso Brad Shipley from Gabriola Island. Expect to hear beautiful songs, big vocal harmonies and stellar instrumental arrangements from 5 of the coasts most celebrated musicians.