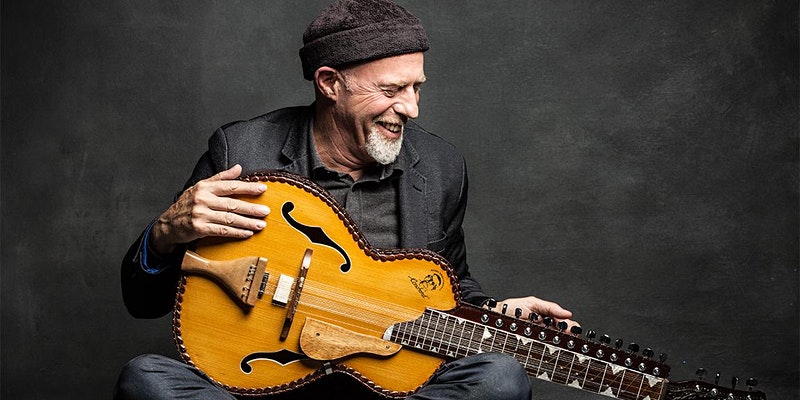 Downbeat magazine said, “Manx’s real skill lies in creating a unique musical place where the music of the East and the West blend together seamlessly.”

Harry Manx plays a unique style of music which is sometimes called “Mysticssippi” Blues. He began his musical journey as a sound man in a Blues club in Toronto in the early 70’s. After absorbing some great Blues he moved to Europe and began playing guitar and harmonica on the street. Over the years he grew as a musician while paying the rent as a busker. Eventually he moved east to spend time in Japan and India. The creator of the Mohan Veena (Indian slide Guitar) took Harry in as a student in Rajasthan during the 80’s. Harry remained in India for 12 years.

In 2000 he returned to Canada and recorded his first CD which became Blues Album of the Year and launched Harry as one of the worlds most unique and talented slide guitarists.

Proof of vaccination and Valid ID is required to access this event.