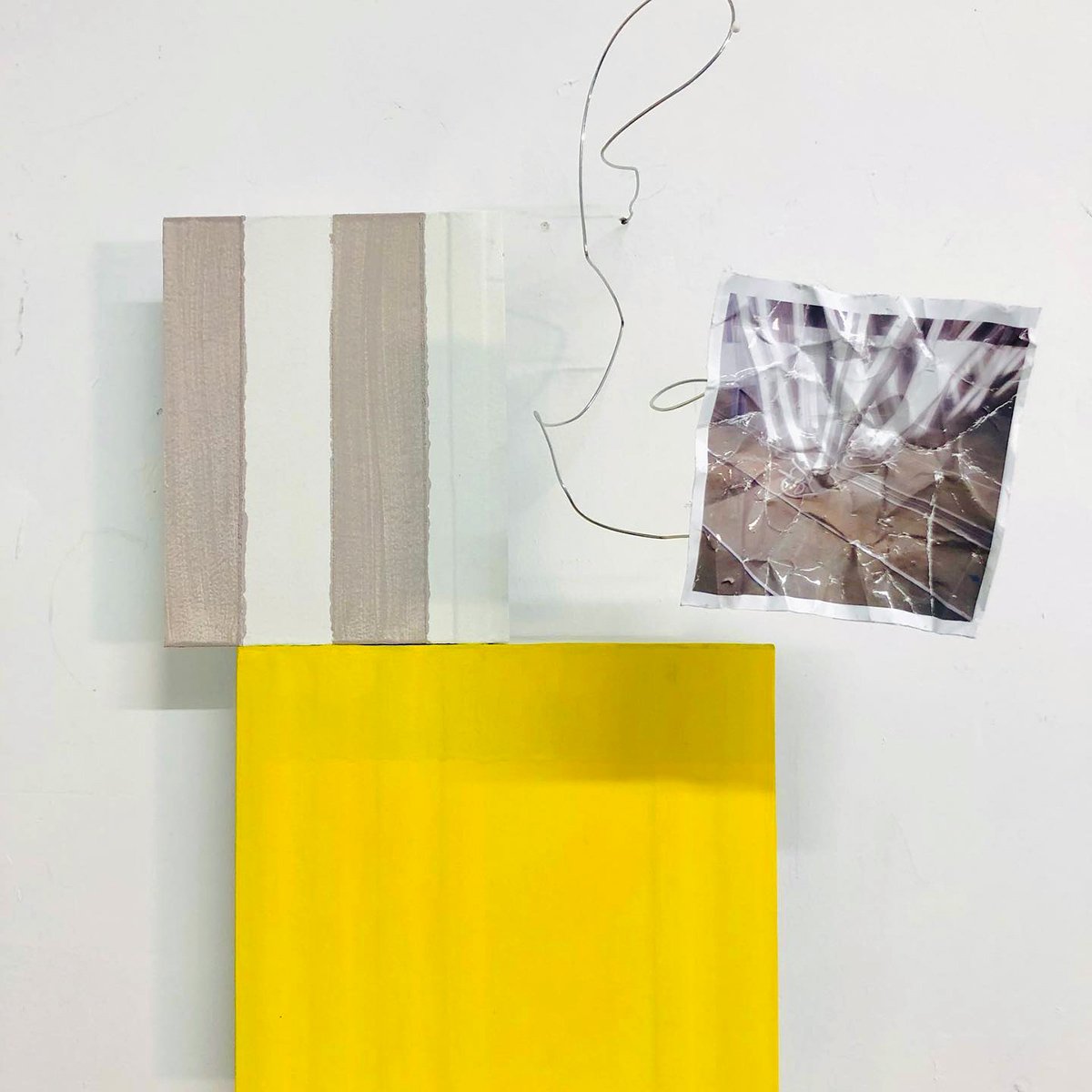 An event every week that begins at 12:00 pm on Wednesday, Thursday, Friday and Saturday, repeating until October 8, 2022

In making art, it’s not that I have nothing to say, rather, I choose to say nothing—preferring the artwork find you, the viewer, held between the spatial complexity/absorption of not knowing.

This recent body of work marks my continuing interest in the built environment of the city. Where our cinematic experience of space and time is shaped by informational matrixes of light, reflection and perpetual movement.

What if the ephemeral aura of contemporary city life could be retrieved, or even suspended momentarily?

Like the earlier futurists, my artworks orchestrate the unstable and conditional reveal of things, objects and pictures, as if dislodged fragments extracted from an urban field. With repurposed charge—these new abstractions exist like individual flashes of synchronic flotsam and jetsam captured upon your light-washed retina.

I have long been drawn to the avant-garde for its brash experimentation and futurist vision. This influence has led me to  develop ideas fluidly and free of didactic impulse. My practice is an open ended studio pursuit around the construction of objects, images and the ephemeral voids of light and shadow—necessary in our perception of the material world. Intuition also plays a big part in my process, helping to keep the work fresh aesthetically and intellectually tuned to the ever changing cultural/societal vagaries of time.

I graduated from the University of Victoria in 1978 with a BFA, and completed my MFA from York University, Toronto in 1982.

I have been working and exhibiting my artwork professionally since the late 70s. While I initially began my career as a painter, by the early 80s I became interested in issues of colour and space beyond the limitations of the historically pre-ordained aesthetic boundaries. These goals developed into my career-long query of real space and its relationship to the constructed object. Perhaps by today’s standards this may no longer seem like such a radical claim, but with a few exceptions of internationally known artists like Judd, Stella, Palermo, Truit, Flavin, Pfaff, Irwin—among other notables of the time—there were not many artists significantly contributing toward the jurisdictional shift away from and therefore between the identifying areas of sculpture and painting. This early change in my work was also being driven my growing interest in architecture and industrial design. I saw these professional fields as holding even further possibilities for my artworks operation within the social and psychological realms of viewer experience.