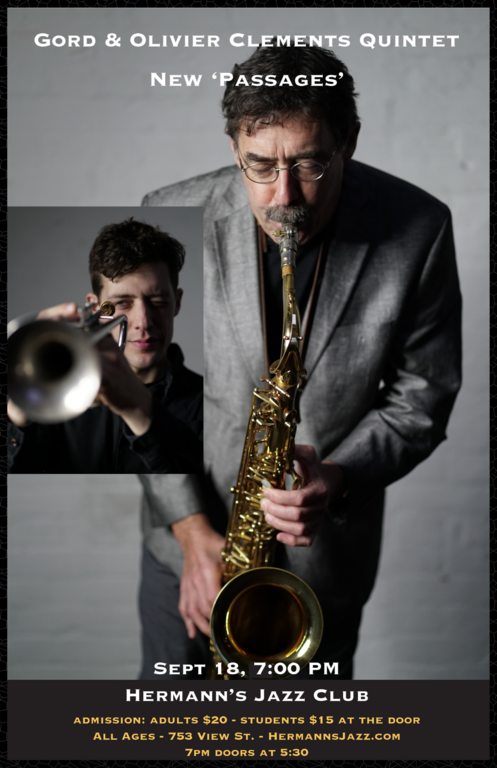 New ‘Passages’ is here, and 2 years after launching the recording, the band is back swingin’ and cookin’!

After over 40 years on the scene in Victoria, Gord Clements has established himself as one of Victoria’s most prolific multi-instrumentalists. ‘Passages’ was his 7th recording on the international market and last year he released a new classical recording of J.S. Bach’s 4th Solo Cello Suite on bass clarinet.

Olivier Clements has spent the last 8 years collaborating with some of Canada’s best-known indie artists. While extensively touring North America and Europe with Aidan Knight, he has also performed with Dan Mangan, Louis-Jean Cormier, Miss Emily Brown, and recorded for Said the Whale, Northcote, Towers and Trees, and Party on High Street.