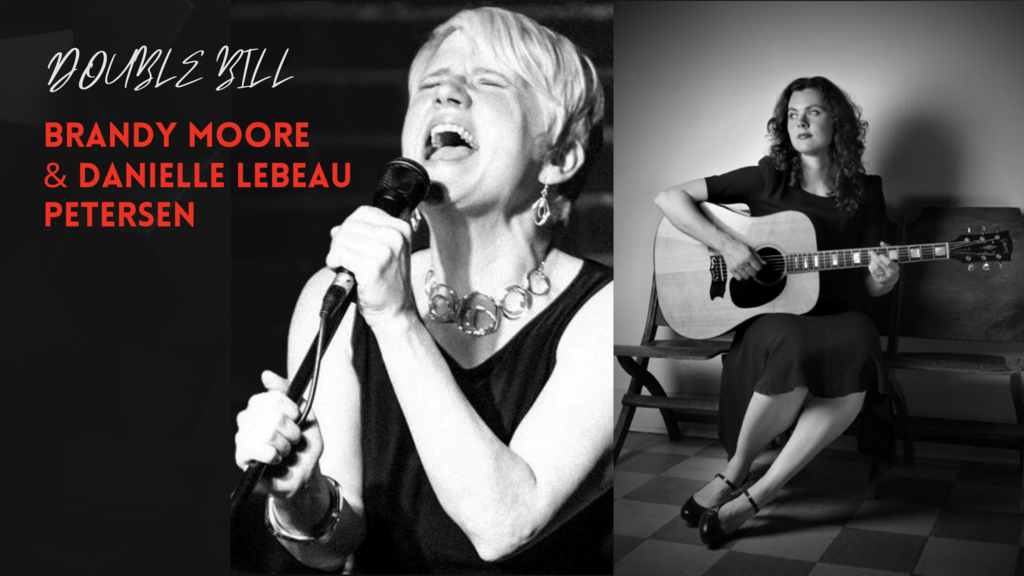 Brandy Moore will open this beautiful evening of soulful sounds alongside Tony Genge and Jon Miller, leaving the room filled with love, heart and warmth just in time for Danielle Lebeau Petersen to take the stage!

Brandy Moore loves to sing a great song from any genre (pop/soul/jazz/R&B) with her rich, soulful voice connecting you to the emotion in her music. Since she first started performing live in the 90’s, she has released five independent CDs to date. Her latest “Real Good Love” was recorded in Nashville with several prominent musicians including guitarist George Marinelli (Bonnie Raitt/Bruce Hornsby & the Range) and multiple Grammy-award winning saxophonist Phil Kenzie (McCartney/The Eagles). She’s very excited to be sharing the stage with two of Victoria’s finest – Dr. Tony Genge on organ and Jon Miller on drums.

Danielle Lebeau Petersen is many things, and one of those things is a folk musician, trying her hand at a variety of instruments, but mainly performing as an acoustic guitarist and vocalist. She has schemed herself across oceans and mountains with her musicality and most recently, when the world was more operational, she performed in the Canadian Rockies as a solo act for Fairmont Hotels in Jasper and Banff. Come enjoy some quality time listening to her music and getting to know her artistry!