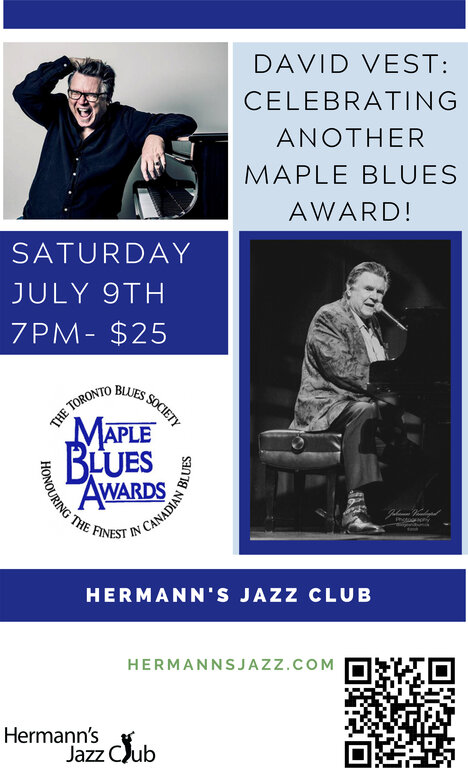 The joint will be jumping when David and his band celebrate his brand new Maple Blues Award. For the sixth time in ten years, David has won Piano Player of the Year in Canada. Vest accepted the award, presented by the Toronto Blues Society, at Koerner Hall in Toronto’s Royal Conservatory of Music on June 20.

The band features Damian Graham on drums, Ryan Tandy on bass, Tom Bowler on guitar, and Brooke Maxwell on sax — and possibly one or two surprise guest performers.

Vest has been touring non-stop this summer, playing shows in Ontario, Edmonton, Nelson, Saskatoon, and Smithers and he’s heading back to the Calgary Blues Festival in July. So you might hear some songs about trains and planes and cars. All aboard!