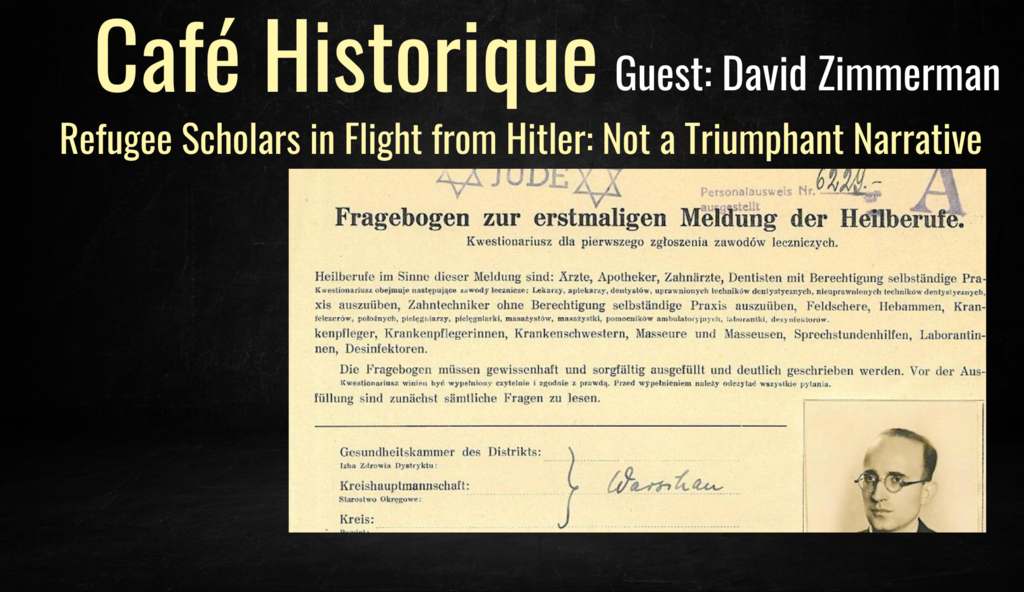 Join David Zimmerman as he explores the experiences of German university faculty dismissed by Nazi racial laws in the spring of 1933.

The racial laws enacted by Hitler’s government in 1933 were the spearhead of what would become a systematic and relentless attack on the civil and human rights of Jews in Germany. Starting in April 1933, Jews were to be excluded from the civil service, organizations, professions, and other aspects of public life. This and other restrictions would culminate in the Nuremberg Race Laws of 1935, heralding a new wave of anti-Semitic legislation. In this talk, David Zimmerman will focus on the lives of individual Jewish scholars who found themselves dismissed from their universities, some of whom were murdered in the Holocaust, in order to understand why some perished while others survived and thrived.