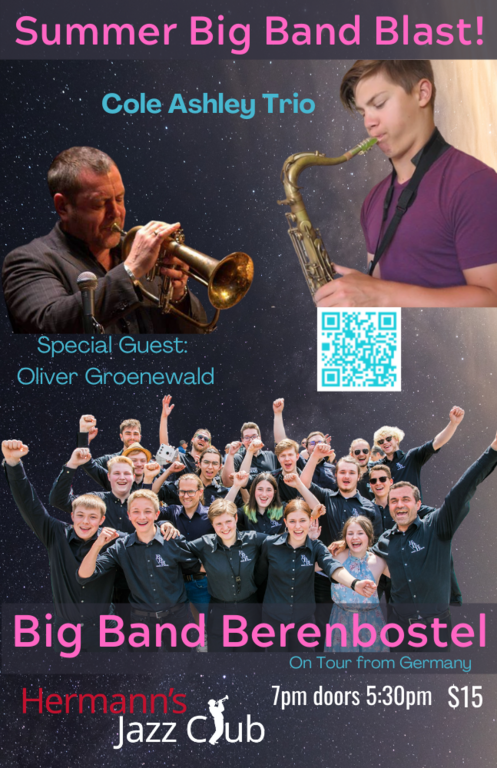 Featuring our great vocalist Greta Söderberg, award-winning Big Band Berenbostel performs at a wide variety of events at Jazz clubs and open-air festivals, on band-shells and jazz competitions. It has a long tradition of 27 years on the road all over North Germany and to the US, Poland and Russia, playing double feature concerts with professional ensembles like NDR Bigband and Fette Hupe and working with international artists like Till Brönner, Jiggs Whigham and Ingolf Burkhardt, and lately with Drew Zaremba und Michael League (Snarky Puppy). Big Band Berenbostel has won multiple regional and four national jazz competitions from 2007-2016 and has performed at Ministergärten Berlin for the German Parliament.
https://www.bigband-berenbostel.de/ueber-uns/

Big Band Berenbostel is spending a two week intercultural exchange on Vancouver Island in July 2022 and will be working with German based trumpet player Oliver Groenewald, who has been living on Orcas Island for the past few years. He will also be the featured soloist during BBB’s performance at Hermann’s.
https://olivergroenewald.com/