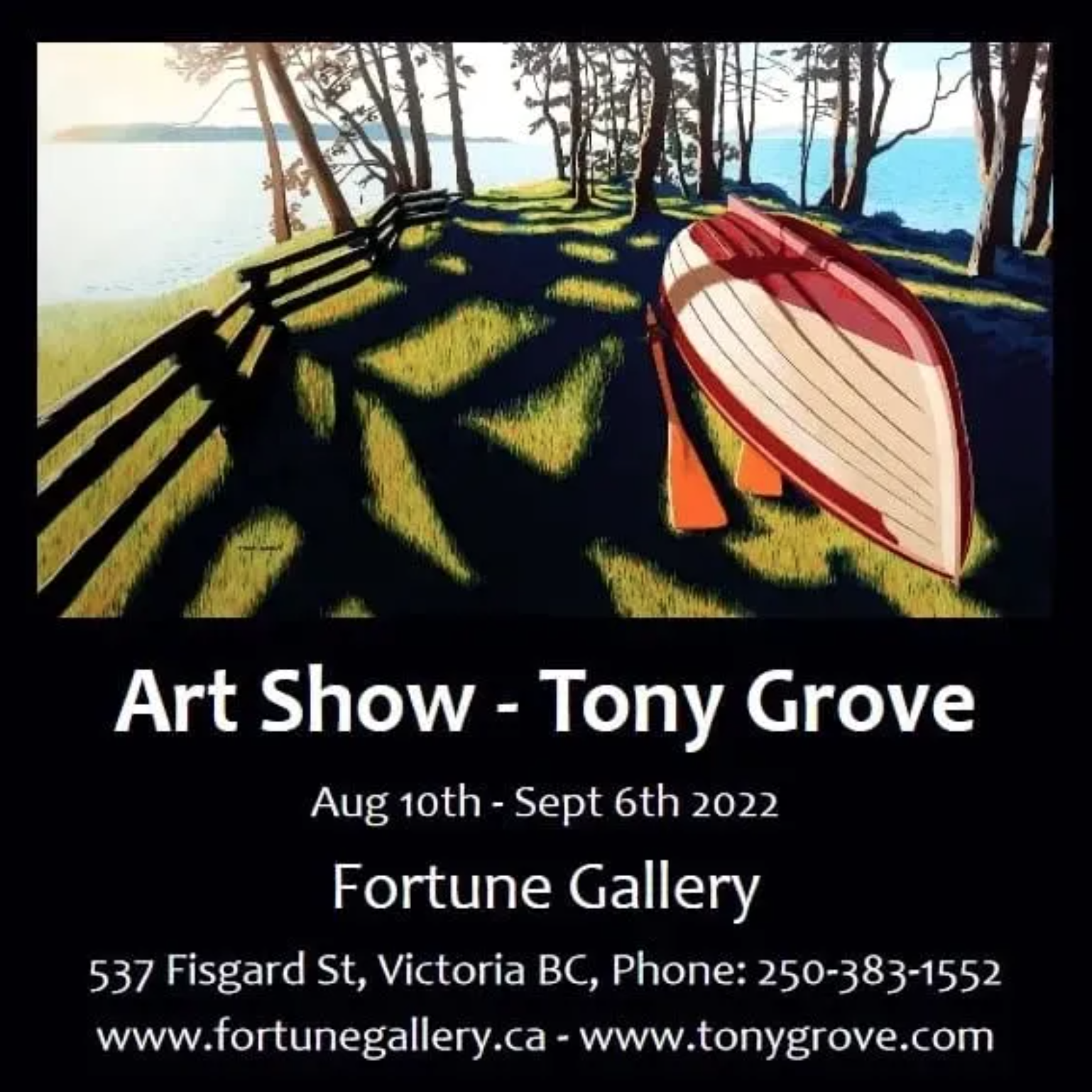 An event every week that begins at 12:00 pm on Sunday, Tuesday, Wednesday, Thursday, Friday and Saturday, repeating until September 6, 2022

Tony Grove has always loved discovering new ideas and creating which has led him into several careers.

After completing a four-year boatbuilding apprenticeship that started in 1980, Tony honed his skills as a shipwright specializing in  wooden boat restoration/construction and boat interior building and has worked for various companies and private clients around the West Coast.  In 2001 Tony started the construction of a 34′ sailboat for a Vancouver client and with the help of boatbuilder friends and several previous boat school students there was a successful completion and launching of “Prospector” in the summer of 2005.

Tony also has worked as a commercial illustrator and artist, producing work for Vancouver clients and magazines. One of his largest projects was in 1989 where Tony illustrated a book for the United Nations through the FAO, which has since been published into several languages for distribution around the world.

In 1992, Tony’s love for art and wood, allowed him to naturally combine his skills to start a successful business in the field of custom furniture design and building. Along side his business in 1995 he co founded the “Lava group” a collaboration of some of the most creative furniture designer builders in BC, where they came together for an annual exhibition of new furniture designs.

Educating is something Tony also enjoys which has led him to publishing articles in several publications, lecturing for various groups and classes and consulting on boat interior design and construction.  This chain of experience led Tony to leave Vancouver in 1999 and start instructing at the Silva Bay Shipyard School on Gabriola Island and in 2003 he became the schools head instructor, teaching traditional Boatbuilding plus designing and teaching a course for Ship cabinetry/joinery.

Tony is also now back working for himself as a custom woodworker, boatbuilder and artist and when he is not spending time with his family, he is working at his home shoptucked amongst the trees on Gabriola Island, B.C. Canada.