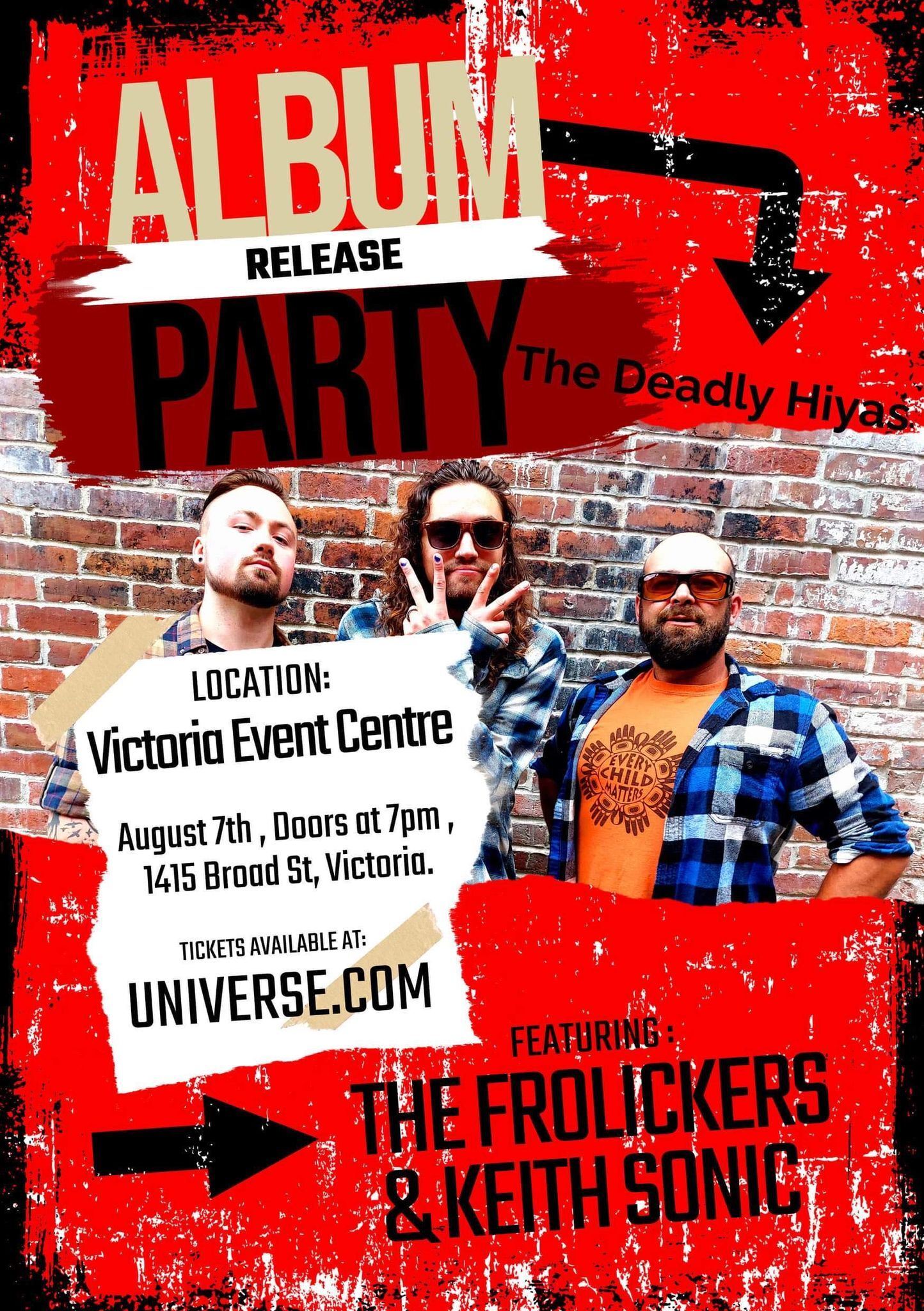 A night of music, dancing, laughs and more! The Deadly Hiyas are releasing their psychadelic funk rock-and-roll debut album titled “Spliff Malibu”. This local emerging Victoria band is undeniably excited to share the stage with the hilarious Keith Sonic, who has been doing comedy for over a decade in Victoria, and the melodic-indie stylings of The Frolickers who have both been good friends of the band for a couple years now. They hope to see you all there!

“Spiff Malibu” will be available on all platforms the night of the show.