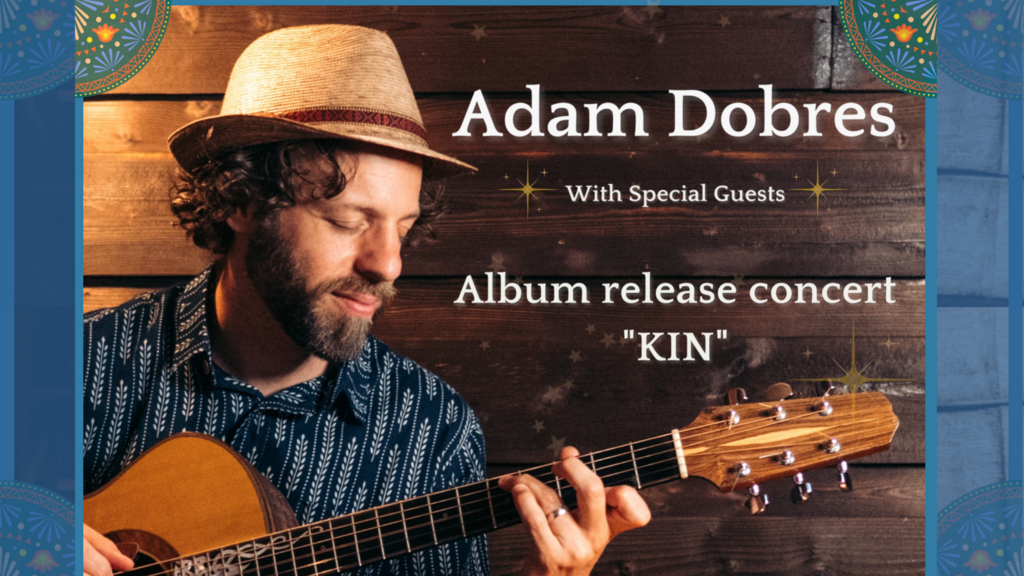 Adam Dobres has fully given himself to his art and is a gifted guitarist with a natural talent at telling stories with his music. He fuses a rich organic sensibility with an almost exotic sense of space and melody.
On his latest album, Kin, he guides us on a musical journey with melodies that weave captivating stories of joy, struggle, courage, longing, and love. With ‘Kin’ Adam builds upon his strong solo debut offering in 2017 which garnered him critical acclaim including nominations for ‘Instrumental Artist of the Year’ in the West Coast Music Awards and his song ‘Orca’s Jig’ for ‘Best Roots Recording’ in the Vancouver Island Music Awards.
On ‘Kin’ Adam moves eloquently and confidently through melodic finger-style to uninhibited gypsy jazz, full circle through gentle and serene lullabies while not forgetting a rendezvous in the moonlit shadows to dance the circle of an alchemist’s dream.