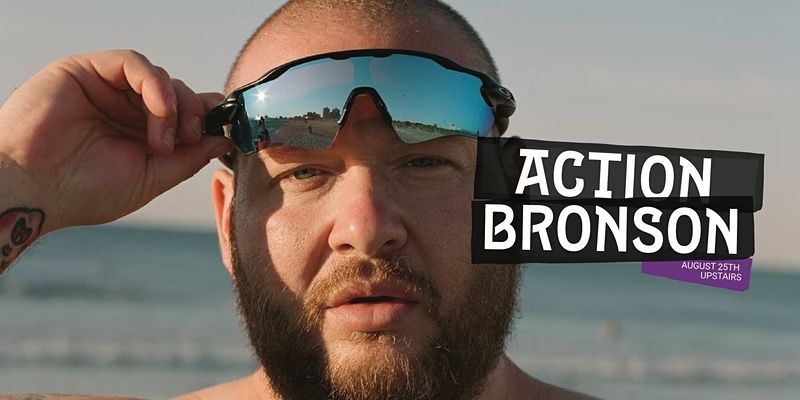 Like all great competitive warriors, Action Bronson uses every perceived slight as fuel to beeven better. The rare rapper to marry critical acclaim with a devoted, rabid following, ActionBronson isn’t anyone’s idea of an underdog. And yet, on his brilliant new album,CocodrilloTurbo, he sets out to prove that hislingual versatilityis stronger than it’s ever been, that agehas only made him a better rapper, and that anyone still sleeping on him as one of the best MCson the planet better wake the hell up.“I don’t feel like I’m given the fucking respect that I deserve,” Bronson explains.CocodrilloTurbois Bronson demanding that respect. He’s gotten in the reps, constantly refining hispoetic flowand relying on the instincts he’s cultivated with over a decade in the game under his belt. Now,sit back and enjoy the show.With his boundless creativity and hustler’s work ethic, Bronson relies almost entirely on hisintuitive grasp for rap music onCocodrillo. The resultis an album that is equal partsfree-wheeling and tight as a snare drum. “At this point, I treat my songs like paintings. I knowwhat they need,” he explains. “You’ve got to know what it needs to satisfy you. You can keeptouching it up forever, but I’ve gotten better at realizing when I’ve captured the moment. That’sit. Then I move on to the next moment.”Cocodrillois, in this sense, a series of sketchedvignettes. Bronson is a storyteller but his songsdon’t move linearly. It’s what makes him such a special narrator. There’s “Subzero,” where heraps about dropping a nine in the snow like a long lostSopranoscharacter before inserting aline about eschewing knives when ripping his bread…Like all men should do. It’s the sort ofoff-hand comment that has made Bronson equal parts charming and mercurial.With beats from Daringer, Alchemist, and more,Cocodrillofinds Bronson diving further into thepsychedelic underbelly of American culture than ever before. He’s a sociologist on two tabs ofacid, Slavoj Žižek after a massive blunt. “You’re not going to hear shit on my records that you’llhear anywhere else,” he explains. “So everything I touch is hand fucking picked and chosenbecause it pushed me to places I didn’t know existed.”Outside of his co-conspirators behind the boards, Bronson has found unending inspiration in thewater, which is where the title comes from. “I first came up with this album while in the water.I’ve spent many lifetimes in the water. I’m just a water man. I was born in the water, I’m a watersign,” he explains. The album’s centerpiece is the finale, “Storm Of The Century,” whichsummarizes the Bronson mission perfectly: “I’m in the ocean while it’s snows, it’s just the life Ichose/ Head first, ‘cuz any other way don’t make no sense/ Like a red smurf, or confusingJames Earl Jones with Fred Durst.” Bronson lets us in, but peppers the information with a oneliner that will linger in your head for weeks.CocodrilloTurbois the sort of record that hits immediately,but rewards deep listening and closereadings; only masters can pull off a trick this intricate. That’s what makes Action Bronsonpeerless in the game. “I still feel like I am underrated and there’s not many out there than can

touch my fucking jockstrap,” he says. He pauses, and adds an exclamation point: “And that’s afucking quote.