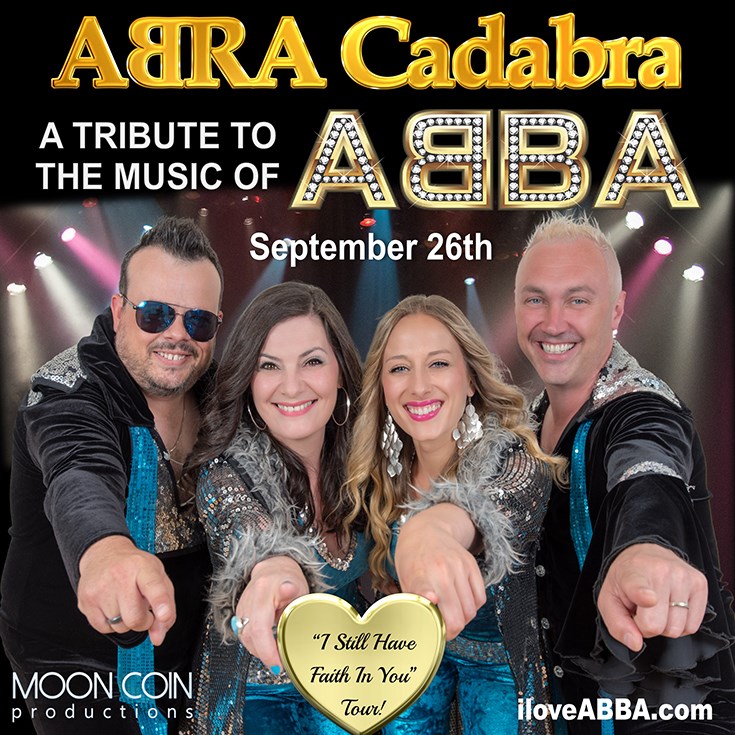 ABRA Cadabra is excited to be returning to the McPherson Playhouse after 3 years and welcomes ABBA Fans of all ages to celebrate the uplifting music of ABBA on September 26th! Featuring a live band, powerful vocals, dancers & costumes, this interactive stage show will have you smiling, moving and singing along to hits such as Mamma Mia, Dancing Queen, Take A Chance, SOS, Waterloo, Fernando & ABBA’s brand new song “I Still Have Faith in You”!

ABRA Cadabra has been touring the world for over 20 years bringing the timeless music of ABBA to audiences of all ages and cultures. Past performances include several shows for the Malaysian Royal Family, the Prime Minister of Malaysia, The Queen Elizabeth Theatre in Vancouver (opening for Boney M), Universal Studios in Florida (opening for Kool & The Gang), The Esplanade Theatre in Singapore, The Auditorio Luiz Elisondo in Monterrey, Mexico, The PNE, The Commodore Ballroom, The McPherson Playhouse in Victoria, The Bell Performing Arts Centre, The Kelowna Community Theatre, The Hard Rock Casino Show Theatre, The Massey Theatre and many more! See more info at www.iloveabba.com or follow ABRA Cadabra on Facebook at: www.facebook.com/TributeToABBA