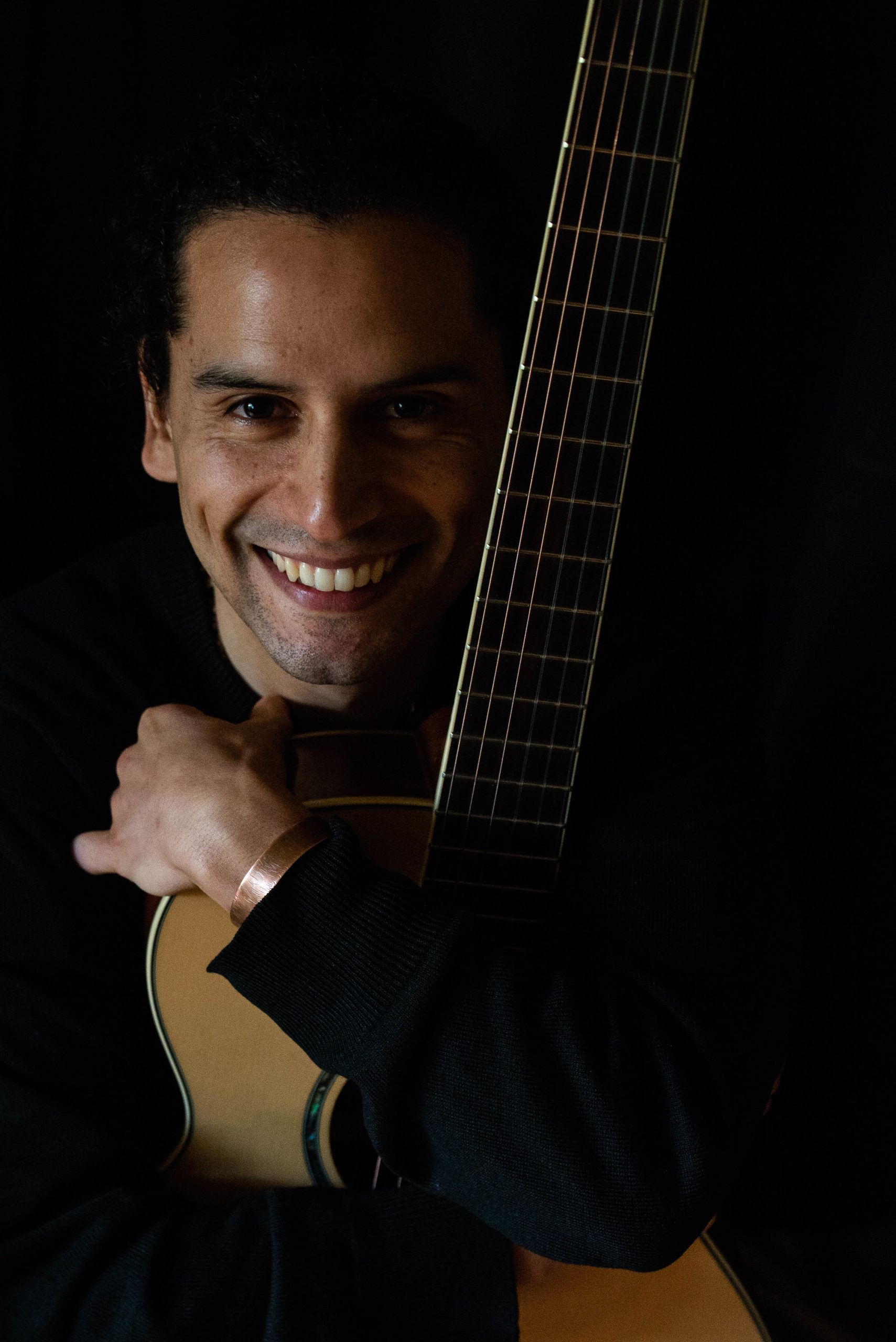 David Santana is one of the leading voices in jazz guitar in Victoria. Originally from Chile, after finishing his studies at the conservatory Escuela Moderna de Music in Santiago de Chile In 2006 he won the Chilean national jazz guitar competition “Solo para bravos.” That same year he was recruited by Celebrity Cruise’s show band and toured the world playing in different ensembles.

1pm: Music Performance
Santana showcases his ability as a composer and improviser of contemporary jazz music in his debut album “David Santana Resonance”(2020). After this successful release, he has been working on a repertoire inspired by some of the greatest Jazz musicians of all time, including Wes Montgomery, Pat Martino, and Miles Davis, just to name a few. His performance at JagaSilk will include mainly Jazz standards by these greats as well as some of his own compositions!